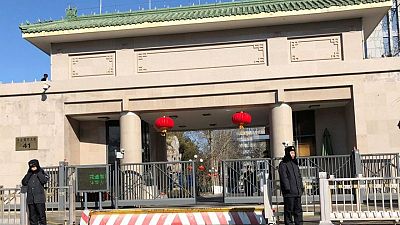 SHANGHAI -China’s anti-corruption watchdog said on Wednesday it had expelled a former Communist Party secretary of the technology hub of Hangzhou from the party, five months after announcing he was being investigated for serious violations of the law.

The Central Commission for Discipline Inspection (CCDI) said that following an investigation, it found that Zhou Jiangyong “supported the disorderly expansion of capital”, “illegally accepted huge amounts of property in collaboration with relatives” and “engaged in familial corruption”.

It did not elaborate on the specific nature of Zhou’s suspected crimes or name any companies involved. Zhou was not available for comment and Reuters was no able to determine if he had a lawyer.

The CCDI said in a statement that as a result of its investigation, Zhou has been expelled from the party and would soon face prosecution.

The commission first announced it had placed Zhou under investigation for “serious violations of discipline and laws” in August.

Days later, it asked thousands of officials in Hangzhou to conduct self-examinations and resolve any business-related conflicts of interest involving themselves or relatives.

Last week, state broadcaster CCTV aired a documentary alleging that Zhou had capitalised on his position to help his brother’s businesses, which the pair illegally profited from, including accepting bribes.

It also interviewed Zhou, who confessed to such deeds but did not name any companies.

Ant Group did not respond to a request for comment on the report.