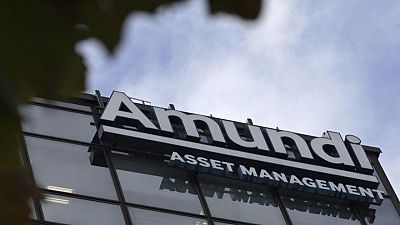 HONGKONG – Europe’s largest asset manager Amundi has garnered more than $11 billion of assets from Chinese investors since it became the first foreign-controlled joint venture (JV) to launch operations in the country 15 months ago.

Huihua Wealth Management, 55% owned by Amundi and the rest by a unit of Bank of China, the country’s fourth-largest lender, was launched in Sept. 2020 as Beijing opened up its booming wealth management market to foreign firms. All of Huihua’s products are distributed by Bank of China.

The strong performance by Amundi’s venture comes just as global giants such as BlackRock, Schroders and UBS have moved towards forming similar majority-owned wealth tie-ups since Beijing first allowed this in 2019.

Chinese banks dominate the distribution of proprietary and third-party wealth products in the country.

Amundi and BlackRock’s ventures are the only foreign-majority wealth platforms that are up and running.

Facing a squeeze in fees, assets managers in developed markets are chasing growth and have been looking to expand in client-facing wealth segments.

They see enormous opportunity in China, where the local $4.4 trillion wealth management market expanded by nearly 8% in the first nine months of 2021.

The majority of Amundi’s wealth JV offerings are in strategies which aim to generate returns superior to fixed income. A small percentage of the assets are in equities.

Globally, Amundi had 1.81 trillion euros ($2.05 trillion) in management as of last September.

Huihua’s 70 billion yuan ($11 billion)of assets were spread across more than 100 products as of the end of last year.

Despite the strong performance in the venture with Bank of China, it has not all been smooth sailing for Amundi in the country.

Amundi’s fund joint venture with Agricultural Bank of China, in which Amundi owns 33%, reported 16.3 billion euros of outflows in the first nine months of 2021, according to the company, as the Chinese bank withdrew assets from its own fund subsidiary.

Zhong said the redemptions were due to China’s regulatory overhaul of the fund management industry between 2018 and 2021.