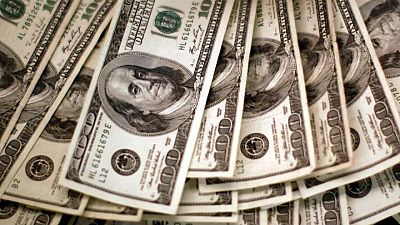 – Venture capital dealmaking in the United States reached an all-time high in 2021 at nearly $330 billion, buoyed by excess liquidity and an accommodative monetary policy, according to a report from PitchBook and the National Venture Capital Association.

Venture capital firms ramped up bets on technology, biotech, healthcare and fintech sectors, announcing a record 17,054 deals in the year.

It was also the best year on record for VC fundraising, which hit $128.3 billion across 730 funds. The figure, which breached the $100 billion-mark for the first time, was $40 billion higher than the previous record in 2020.

For an interactive graphic, click on this link: https://tmsnrt.rs/3Gp0ybS

Graphic: U.S. venture capital deals activity, https://tmsnrt.rs/3r8WSUY Some of the biggest fundraises last year included crypto firm FTX Trading, which was valued at $25 billion in October, and AI platform Databricks, which notched a valuation of $38 billion in August, each raising $1 billion.

The frenetic pace of fund raising is expected to continue this year, as cash with venture capital firms remains at an all-time high, and returns outpace all other assets classes, the report added.

VC-backed companies going public or being bought out led to exits worth $774.1 billion in 2021, nearly 88% of which was realized through public listings. While the U.S. initial public offering (IPO) market continued on a tear, special purpose acquisition companies have offered a viable alternative to IPOs despite tightening regulatory scrutiny.