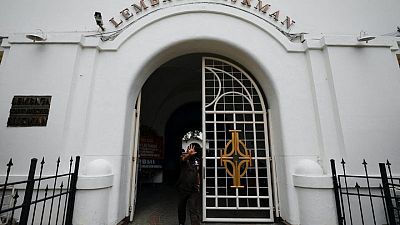 By Kate Lamb and Stanley Widianto

JAKARTA – Indonesia’s government is facing criticism from some top scientists and lawmakers that a sweeping restructuring bringing together the country’s leading science and technology institutes could undermine research efforts.

The policy will see half a dozen science, technology and research institutes integrated into a National Research and Innovation Agency (BRIN), a move the government hopes will improve access to resources and funding, and boost competitiveness.

“It is clear that Indonesian research is far from the level of even our surrounding countries,” BRIN head Laksana Tri Handoko told Reuters.

“So now it is very timely to make a real action and to change the situation.”

But some scientists and parliamentarians warn the shake-up could increase red tape, see dozens of young scientists laid off, and put oversight in the hands of politicians.

The restructuring also means that one of Indonesia’s best known scientific research bodies the Eijkman Institute will be absorbed into BRIN.

“Only a small number are happy, most (Eijkman staff) are suffering,” Gandung Pardiman, a legislator on the research and industry commission told Laksana as he was grilled in parliament this week.

The institute, established in 1882 by Dutch pathologist Christiaan Eijkman, who later won a Nobel Prize, was closed for several decades but reopened in the early 1990s.

“You cannot improve Indonesia’s scientific performance under one super body,” said Professor Sangkot Marzuki, who headed the institute for more than two decades.

“There is no way, because it would increase the bureaucracy, and destroy the work ecosystem and scientific work culture that has been developed in various institutions over decades.”

While the changes have been planned since last year, the implementation comes as the country is bracing for a potential third wave of coronavirus cases.

Among other concerns raised about the restructuring are the risk of delays to vaccine development and genome sequencing, and the future of scientific independence, said Professor Amin Soebandrio, who headed the institute until last year.“All scientists are afraid that scientific freedom will be diminished.”