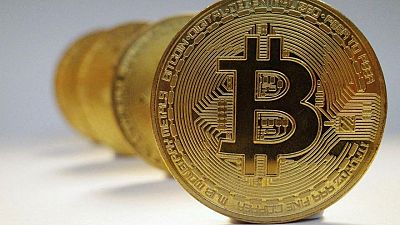 -Shares in blockchain technology-focused firm BTCS Inc rocketed on Thursday, set to extend a four-day rally, as more retail investors scooped them up after the company last week offered to pay dividends in bitcoin.

The Silver Spring, Maryland-based company has seen its stock value more than double since Jan. 5, when it proposed to pay $0.05 per share in bitcoin to those who opt for it. Its first bitcoin dividend, or “bividend” as BTCS calls it, is due on March 16.

Shares of BTCS climbed 20% to a six-week high of $7.80 in early trading on Thursday as the online buzz over its plan grew in forums such as Reddit and stocktwits.com, which were instrumental in the “meme stock” frenzy last year.

“This is a moment we have long anticipated since the Company purchased the domain, bividend.com, in February 2015,” CEO Charles Allen said in a statement last Wednesday.

BTCS, last valued at $69 million, claims to be the first Nasdaq-listed firm to offer dividends in bitcoin. Video game retailer GameStop on Friday jumped as much as 22% on plans to launch a division to develop a marketplace for nonfungible tokens (NFTs).

Meanwhile, prices of highly-volatile cryptocurrencies have tumbled since hitting all-time highs late last year. Bitcoin was last trading at $44,306.29 on Thursday, about 36% below its all-time peak.