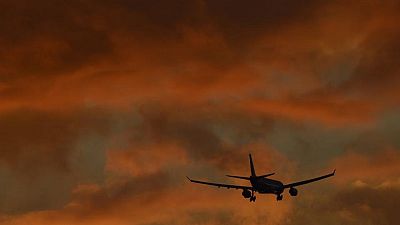 By Rowena Edwards and Ron Bousso

LONDON – European jet fuel refining margins are back to pre-pandemic levels as supplies in the region tighten and global aviation activity recovers despite the spread of the Omicron coronavirus variant.

Global demand for aviation fuel continued to recover in December, even after the rapid spread of the Omicron variant sparked a run of flight cancellations that month.

A seven-day moving average of global flight departures to Dec. 31 rose by 12% compared with the same week a year earlier, data from flight tracking website Flightradar24 indicated. However, the figure remains 13.2% below levels in pre-pandemic 2019.

Imports, meanwhile, are set to tighten because of strong jet fuel demand from Asia and the United States, which has weakened arbitrage economics into Europe, traders said.

Unplanned refinery outages in the Gulf of Mexico, including Exxon Mobil’s 560,500 barrel per day (bpd) Baytown refinery and relatively high amounts of planned maintenance in North America mean that the trend is likely to continue, traders said.

About 653,000 tonnes of jet fuel are scheduled to arrive in northwest Europe from Asia and the Middle East in January, down from a little more than 1 million tonnes in December, Refinitiv data show.

Stocks in the Amsterdam-Rotterdam-Antwerp (ARA) storage hub are low as a result. Recent jet fuel arrivals have also gone to the UK and to Le Havre, France, which feeds the Central European Pipeline System (CEPS).

Jet fuel stocks in the ARA region reached 896,000 tonnes on Jan. 1, down by 5% from a year earlier, data from Dutch consultancy Insights Global show.{}{ARA/]

Refineries in Europe have been prioritising diesel over jet fuel production. Some plants are now starting to make the switch given the strength in jet fuel, industry sources said.