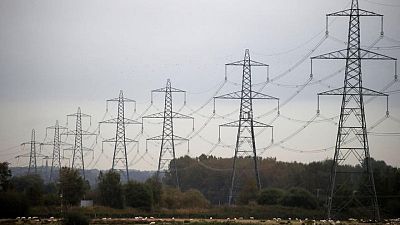 – British Gas, owned by Centrica, said on Friday it has not asked for government money to help weather ongoing energy price spikes, and suggested a suspension of value-added tax on energy bills and other measures to help consumers.

Soaring wholesale prices for gas and power over the last year, and especially since the autumn, have caused the collapse of over 20 energy suppliers in the UK, with Centrica’s retail business British Gas taking on customers from several of the failed companies.

A cap on household prices set by regulator Ofgem could increase by 700 pounds a year from April and possibly by another 200 pounds in October as wholesale prices have kept rising.

“There are reports that some energy companies want a 20 billion pound ($27.09 billion) handout to keep household bills down. Not British Gas,” the company said in a statement. “We haven’t asked for a bailout, we don’t want a bailout and we oppose any bailouts.”

“Our advice to government is to try to help those customers who are already struggling to make ends meet, not to worry about helping energy companies’ balance sheets,” it added.

British Gas said there are a range of temporary or permanent options which could help consumers, including suspending value-added tax on energy bills – which could shave 100 pounds of a typical bill – or cutting environmental and social levies, which could reduce bills by 170 pounds “overnight”.

It said it had hedged its energy needs – meaning it has bought gas and electricity in advance – and is working with the government to find ways to protect families from expected end-user price hikes.

Ofgem has already set out measures to boost the financial resilience of suppliers, including stress tests and a review of its policy on price caps.