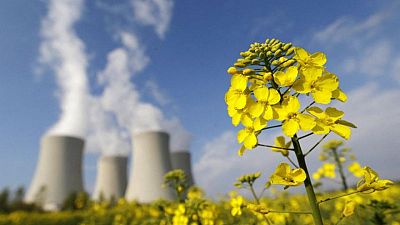 By Jason Hovet and Robert Muller

PRAGUE – The Czech Republic will seek allies to change conditions for the inclusion of gas and nuclear power projects in the European Union’s hotly-debated green investment plan.

In a proposal on Dec. 31, the EU Commission included gas and nuclear investments in new guidelines to finance energy projects and facilitate an eventual transition to fully renewable output.

Some EU nations say gas investments are needed to help them quit more-polluting coal while others say labelling a fossil fuel green undermines the EU’s efforts to be a global leader in tackling climate change.

The Czech Republic, along with France and Poland, say nuclear power has a big role to play given its lack of CO2 emissions, but others including Austria, Germany and Luxembourg are worried over radioactive waste.

Czech government and industry officials initially welcomed gas and nuclear’s inclusion in the draft rules, but criticism appeared after some looked closer at the details.

“Our main task now is to reach out to like-minded EU member states and try … to negotiate better conditions that will more reflect our interests,” Czech Industry Minister Jozef Sikela tweeted late on Monday, without elaborating on those conditions.

Daniel Benes, chief executive of majority state-owned utility CEZ and a vice-president in the Czech Industry Confederation, called the plans too strict. A proposed requirement for having 30% of hydrogen mixed in gas fuel for power plants by 2026 was unrealistic, he said.

Benes also said, in a post on LinkedIn, that the rules would mean the Czech Republic would be limited to building just one new nuclear power unit, planned at CEZ‘s Dukovany plant, but no further ones as it wants.

The Commission will collect comments until Jan. 12 and hopes to adopt a final text by the end of the month. After that, the text can be discussed with EU governments and parliament for up to six months.