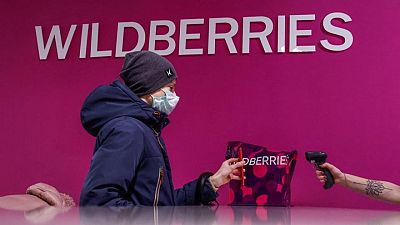 By Anna Rzhevkina and Olga Popova

MOSCOW – Tatyana Bakalchuk is a rarity – a dotcom billionaire uninterested in outside capital or a stock market listing.

The founder of Wildberries, Russia’s largest ecommerce retailer, has made it to the top of Forbes’ list of Russia’s richest women without any help from external investors, and plans to keep it that way.

Speaking to Reuters via videolink from her home in the Moscow suburbs, Bakalchuk, a mother of seven and former teacher who founded her firm while on maternity leave in 2004, said a long-resisted move to go public was still not part of its plans.

“Banks that come to us say – please, understand that now is the most favourable time for an IPO, because this will be the cheapest money raised. They believe that in two years, most likely, this euphoria will pass,” Bakalchuk said.

“Everything can happen in this life, but this is not yet in our strategy.”

The retailer, which started out as an online platform reselling clothes from the likes of German mail order group Otto and now supplies everything from electronics to kitchenware, is even less likely to part with a stake to a strategic investor, she said.

“This is a 100% no. If there is a ghostly hope for the IPO… then attracting an investor is definitely a no,” Bakalchuk, who owns 99% of the company, said.

The strategy is in sharp contrast to peer Ozon, which debuted on the U.S. Nasdaq last year, and other big Russian tech firms like Yandex.

With almost one in three Russians using its service, Wildberries is still the clear market leader, pulling in more than double the sales of its nearest rival Ozon last year, according to Statista.

Bakalchuk declined to be drawn on the threat from competition, saying on the firm was “constantly competing with ourselves”. Present in 19 countries, with Britain just added, it aims to expand into two more next month, she said.

It also plans to expand its logistics network in Kazakhstan, Armenia and Belarus, and to at some point enter Uzbekistan – “a very promising market”.

Building up at home is also a focus. E-commerce penetration in Russia, where logistics and poor infrastructure pose big challenges, has been growing fast of late but is still much lower compared to markets such as Britain or the United States.

“There is a need to carry out more intensive work on existing projects,” Bakalchuk, who Forbes estimates holds assets worth $13 billion, said. “We want to strengthen our work with local entrepreneurs.”