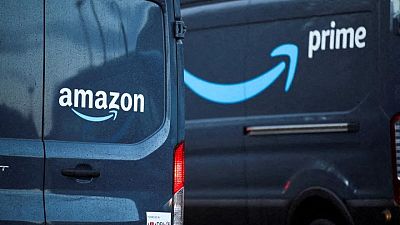 It is the first resolution of its kind filed in the United States, PIRC, which advises investors on how to vote on shareholder resolutions, said in a statement.

“Public country-by-country reporting will allow investors to better understand Amazon’s business model and tax planning strategy and ensure that its growth fairly contributes to the communities in which it earns its profits and doesn’t unfairly undercut those companies taking a responsible approach to tax planning,” said Seamus Finn, chief of faith consistent investing at OIP Trust.

The size of the investors’ Amazon shareholdings was not immediately available.

Governments and investors have been pushing for more clarity on taxes from multinational corporations.

A global deal to ensure big companies pay a minimum tax rate of 15% and make it harder for them to avoid taxation was agreed in October by 136 countries.

PIRC said it was supporting the filing of the Amazon proposal as part of a new initiative with the Centre for International Corporate Tax Accountability and Research to engage with companies in sectors with a history of aggressive tax avoidance.

Danish pension fund AkademikerPension, with $23 billion in assets under management, has declared its intention to vote in favour of the proposal, PIRC said. AkademikerPension has filed shareholder proposals for implementation of the GRI Tax Standard at five Danish companies.