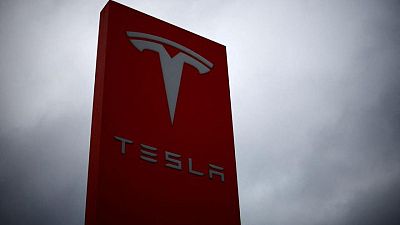 WASHINGTON -The Biden administration’s nominee to serve as the top auto safety regulator said Thursday he hopes the agency will soon finish its investigations into crashes involving automated driving systems used in electric vehicles made by Tesla Inc.

Steven Cliff, deputy administrator of the National Highway Traffic Safety Administration and nominated for the top job, was asked about the agency’s probes into Tesla and he said “we hope to have those investigations wrapped up soon.” He said he did not have a “precise timeline.”

Cliff added the agency works closely with automakers on probes. “We’re gathering data now and we’ll determine what those next steps will be,” Cliff said.

Tesla did not respond to a request for comment.

NHTSA in August opened a formal safety probe into Tesla’s Autopilot system in 765,000 U.S. vehicles after a series of crashes involving Tesla models and emergency vehicles.

The investigation is a preliminary evaluation and the agency aims to complete those reviews within 120 days — and then decides whether upgrade it to an engineering analysis or close it.

An engineering analysis is a required step before NHTSA can demand an automaker issue a recall.

NHTSA in October asked Tesla why it has not issued recalls to address software updates made to its Autopilot driver-assistance system to improve the vehicles’ ability to detect emergency vehicles.

Tesla in November recalled nearly 12,000 U.S. vehicles sold since 2017 because a communication error may cause a false forward-collision warning or unexpected activation of the emergency brakes.

Last week, NHTSA said it was discussing with Tesla its software update that lets users play video games on a touch screen mounted in front of the dashboard as well as its decision to replace some cameras in vehicles without issuing a recall.

Under pressure from NHTSA, Tesla in February agreed to recall 135,000 vehicles with touch-screen displays that could fail and raise the risk of a crash. NHTSA warning the issue could result in loss of rearview or backup camera images, exterior turn-signal lighting, and windshield defrosting systems.