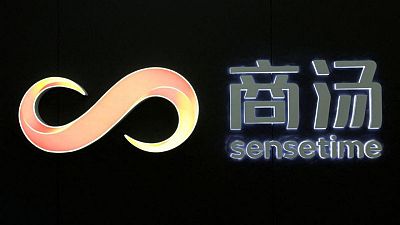 SenseTime said it remained committed to completing the offering and would publish a supplemental prospectus and an updated listing timetable.

Reuters first reported earlier on Monday the company’s plan to withdraw the offering and update its prospectus to include the potential impact of the U.S. investment ban, with the aim of relaunching the IPO process.

SenseTime had planned to sell 1.5 billion shares in a price range of HK$3.85 to HK$3.99, according to its regulatory filings. That would raise up to $767 million, a figure that had already been trimmed earlier this year from a $2 billion target.

However, instead of setting its listing price on Friday, as scheduled, it found itself in urgent talks with the Hong Kong Stock Exchange and its lawyers over the future of the deal amid reports about the looming blacklist.

SenseTime did not provide details on the timetable for a revised IPO in its filing to the Hong Kong Stock Exchange on Monday.

“The company remains committed to completing the global offering and the listing soon,” it said in the filing.

One source said the company was trying to move quickly to avoid the regulatory requirement to completely refile the IPO after Jan. 9 when its financial numbers in the current prospectus would need to be updated. The company had retained around $450 million from cornerstone investors and could expect most of them to stay in the deal, the source added.

“Even if the company offers an updated prospectus with more risk factors and goes ahead with a public listing, we expect the investor sentiment to be low which will likely impact future pricing of its shares and their performance post-IPO,” said Shifara Samsudeen, a LightStream Research analyst who publishes on Smartkarma, told Reuters.

The company said it would refund all application monies in full, without interest, to all applicants who subscribed its shares in the offering process.

The U.S. Treasury added SenseTime to a list of “Chinese military-industrial complex companies,” accusing the company of having developed facial recognition programmes that can determine a target’s ethnicity, with a particular focus on identifying ethnic Uyghurs.

U.N. experts and rights groups estimate more than a million people, mainly Uyghurs and members of other Muslim minorities, have been detained in recent years in a vast system of camps in China’s far-west region of Xinjiang.

Some foreign lawmakers and parliaments, as well as the U.S. Secretaries of State in both the Biden and Trump administrations, have labelled the treatment of Uyghurs as genocide, citing evidence of forced sterilisations and deaths inside the camps. China denies these claims and says Uyghur population growth rates are above the national average.

SenseTime said in a statement on Saturday it “strongly opposed the designation and accusations that have been made in connection with it,” calling the accusations “unfounded”.

“There remains a large number of questions that need to be answered, such as the impact of blacklisting and disruptions to the operations, as well as the impact on SenseTime’s plans of pursuing global expansion,” said LightStream’s Samsudeen.

SenseTime was due to be one of the biggest deals in the third quarter in Hong Kong and its postponement adds to the ongoing weakness in the city’s IPO market.

There has been $41.1 billion raised in IPOs and secondary listings so far in 2021, compared with $50.26 billion over the same period last year, according to Refinitiv figures.

SenseTime’s IPO was the most high profile listing for HSBC this year, which was a joint sponsor with China International Capital Corporation (CICC) and Haitong International.