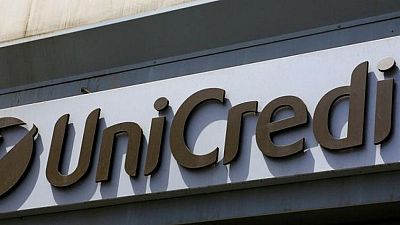 MILAN – Italy’s second-biggest bank UniCredit is set to cut 950 full-time positions in the country under its new plan to the end of 2024, unions said in a statement on Friday.

The cuts, mainly concentrated in central offices, will be carried out by retiring people, including by using an industry fund that allows staff to stop working up to seven years before pension age.

The unions said in UniCredit’s case the fund could be tapped by employees qualifying for retirement at the latest by April 2028. Individual buyout packages will also be used.

The three-year plan, announced on Thursday, commits UniCredit to returning to investors 16 billion euros, or virtually all of the profits generated over the period. When unveiling the plan, the bank said it would not disclose layoff figures before negotiations with unions.

UniCredit kicked off formal discussions, which under Italian rules can take up to 50 days, by sending a letter to banking unions Fabi, First Cisl, Cgil Fisac, Uilca and Unisin on Thursday.

Italy accounts for 44% of UniCredit’s workforce of around 87,000. Sources have previously said the plan envisages a total of around 3,000 job cuts, of which a significant portion would be in Germany.

Italian unions had agreed to 5,200 https://www.reuters.com/article/us-eurozone-banks-unicredit-idUSKBN21K2WP voluntary layoffs under the bank’s previous plan, presented in December 2019 by then CEO Jean Pierre Mustier, which entailed a total 8,000 job cuts.

Italian banking unions normally aim to replace half of the people leaving with new hires. UniCredit had agreed to hire 2,600 young staff as part of its latest round of cuts.