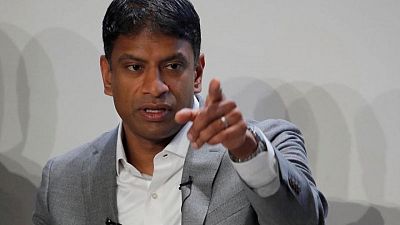 ZURICH – Novartis is seeing strong interest from private equity investors as well as from other pharmaceuticals companies for the Sandoz generic drugs business it is considering selling, Chief Executive Vas Narasimhan said in a newspaper interview.

“We have seen considerable interest from private equity firms as well as other companies in the market,” Narasimhan told Swiss newspaper Finanz und Wirtschaft.

“We have to do our work internally first to be able to provide financial data to some of the interested parties. That takes time. Within a year, we want to have clarity,” the CEO added.

The Swiss pharmaceuticals company raised the prospect of divesting Sandoz in October.

All options remain open, including keeping Sandoz as part of Novartis, spinning it off to shareholders, or selling it to another company, the executive said in the interview published on Saturday.

“It would be premature to favour one option,” Narasimhan said.

He declined to give a possible price tag for Sandoz, which achieved sales of $9.7 billion last year, about 20% of the group total.

“If we currently read that there are offers for 10 or 20 billion, we should not take this too seriously,” he said.

“Such offers are primarily put forward by analysts and then by the media, not by us or by real interested parties. We have to wait for the actual negotiations.”

Novartis was looking to use some of the $21 billion proceeds from selling its 33% stake in Roche for acquisitions, Narasimhan said, although patience was required because of high market valuations.

The company was interested in acquisitions in areas such as cardiovascular diseases, immunology, neurology, hematology or oncology, he said.