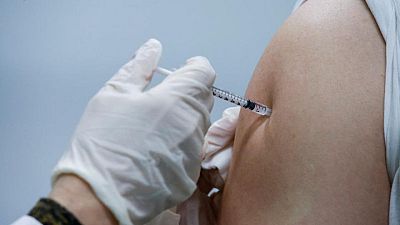 Low rates of COVID-19 vaccination among nursing home staff are linked with high rates of coronavirus illness and death among residents, even when residents have been vaccinated, a U.S. study found.

Using national data from early June through late August 2021, researchers compared nursing homes with the highest and lowest percentages of vaccinated staff. In communities with high rates of COVID-19, homes with the lowest staff vaccination rates had more than twice as many residents develop COVID-19 and nearly three times as many residents die from it. This was true regardless of vaccination rates among the residents and of other differences between the facilities, the researchers reported on Wednesday in The New England Journal of Medicine https://www.nejm.org/doi/full/10.1056/NEJMc2115674.

Researchers estimated that if by mid-June all nursing homes had achieved the staff vaccination rates of the most vaccinated facilities – about 80% on average – then over the next 10 weeks there might have been 7,501 fewer COVID-19 cases among staff, 4,775 fewer cases among residents, and 703 fewer resident deaths from the virus. The results “strongly suggest that a highly vaccinated staff is critical” for protecting nursing home residents from COVID-19, said study leader Brian McGarry of the University of Rochester in New York.

A new type of vaccine under development by the U.S. Army will protect not only against the virus and variants responsible for the current COVID-19 pandemic, but also against other respiratory viruses, researchers hope.

Their “spike ferritin nanoparticle” (SpFN) vaccine employs the common protein ferritin in the form of a soccer ball-shaped “platform.” The platform has 24 “faces” onto which are attached replicas of the spike proteins used by some viruses, including coronaviruses, to break into cells. Delivering spike replicas via vaccines teaches the immune system to recognize and attack them in case of infection. Results from the completed first trial of the vaccine in humans are being analyzed.

In lab experiments, antibodies induced by the vaccine protected mice from what would otherwise have been lethal doses of the virus that causes COVID-19 and also of the virus that caused the 2003 SARS outbreak, researchers said on Tuesday in Cell Reports https://www.cell.com/cell-reports/fulltext/S2211-1247(21)01639-9. “Presenting multiple copies of spike in an ordered fashion may be the key to inducing a potent and broad immune response,” said study leader Gordon Joyce of the Walter Reed Army Institute of Research in Silver Spring, Maryland. The vaccine would remain stable at a wide range of temperatures, he said, making it especially useful in areas without specialized storage equipment.

Antibodies to common-cold viruses, collectively known as hCoV, may hamper the body’s response to SARS-CoV-2, according to new data. Earlier studies have disagreed on whether previously acquired hCoV antibodies protect against SARS-CoV-2 infection.

“A major contributing factor to the discrepancies … is that they were not able to examine the level of hCoV antibodies in the same individual before and after infection,” said Maureen McGargill of St. Jude Children’s Research Hospital in Memphis. Comparing before-and-after blood samples from people infected with the virus that causes COVID-19, her team found that SARS-CoV-2 infection caused hCoV antibody levels to rise, indicating that to some extent, the viruses appeared similar to the immune system. But when they compared 121 people who became infected with SARS-CoV-2 and 1,081 who did not, they found that higher baseline levels of hCoV antibodies did not protect against SARS-CoV-2. Instead, they reported on Monday in Cell Host Microbe https://www.sciencedirect.com/science/article/pii/S1931312821005709, higher baseline levels of hCoV antibodies were associated with higher levels of SARS-CoV-2 antibodies, which are a sign of more severe COVID-19.