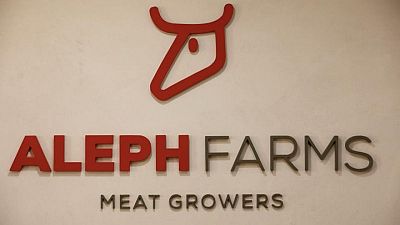 Cultivated meat, which is grown from animal muscle cells in a lab, has been getting a lot of attention as a way to address climate change by cutting energy, land and water use in the meat industry.

But unlike plant-based substitutes, popularised by the likes of Beyond Meat and Impossible Foods, the technology remains niche due to hurdles including expensive production.

As part of the deal announced on Wednesday, Wacker and Aleph will work to ramp up production of so-called growth medium proteins that can promote cell growth and which are the main costs in synthetic meat production.

“The proteins are either not available on the market at all or only in R&D quantities. The costs are currently up to a factor of 1,000 higher than the value we are aiming for,” Wacker Chemie told Reuters.

The agreement is non-exclusive, so any cultivated meat company will be able to buy the proteins from Wacker at the same price, the companies said.

Rivals include Israel’s Mosa Meat and Future Meat Technologies, U.S.-based Upside Foods and dozens of smaller companies, but only the California-based Eat Just has regulatory clearance to sell lab-grown meat, and the approval is only valid in Singapore.

Aleph, which is working with regulators around the world, plans to start selling its thin-cut beef steaks to restaurants by end-2022 and reach the mass market within the next four to five years, Chief Executive Didier Toubia told Reuters in an interview.

“We expect our product to be a few tens of percent more expensive for the consumer than slaughtered meat when reaching the market. We will actually lose money at this stage,” Toubia said.

However, Aleph should still break even before it reaches the price levels of conventional meat production as it will be able to cut costs faster than companies developing plant-based products, the CEO said.

Wacker said it was already producing small quantities of some proteins to supply Aleph Farms during their development and would share more details about the timeline of the project as it gets closer to market.

The companies declined to give financial details of the agreement.