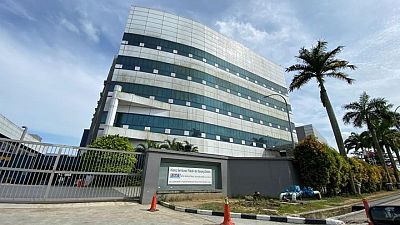 KUALALUMPUR – Malaysia’s ATAIMS Bhd said on Tuesday it had found instances of staff working excessive overtime and taken action against a manager who coached employees for a labour audit, after home appliance maker Dyson last month cut ties with the firm over labour practices.

Dyson said on Nov. 25 it was terminating its relationship with ATA, which makes parts for its vacuum cleaners and air purifiers, after an independent audit of ATA‘s labour practices and allegations by a whistleblower. Their contract will end in six months.

Reuters reported on Nov. 25 and Dec. 5 that ATA‘s mostly migrant workforce did overtime hours exceeding Malaysia’s legal limit of 104 per month, and worked on Sundays.

Citing 11 employees, Reuters also reported that ATA had coached staff ahead of labour inspections to hide true working and living conditions, and employed foreigners without permits.

“If workers perform overtime, it is solely on a voluntary basis. In certain months, which have four Sundays and public holidays, a few managers had allowed their workers to work beyond the number of hours allowed,” ATA said.

It added that it had taken remedial measures to ensure this does not recur, and that it has begun implementing a policy of zero overtime on Sunday that resulted in the resignation of nearly 300 workers in the first week of December.

ATA also said all workers at ATA had valid work permits as of Tuesday. Reuters had reported that ATA stopped recruiting foreigners without permits after allegations surfaced earlier this year.

The company said it has taken remedial action against a supervisor who coached employees for a labour audit, and that coaching was not a company-wide policy.

It said however it had received only a summary of the audit, and that auditors said they were unable to “conclusively determine whether all allegations are true or false”.

The company reiterated that allegations by a former worker, Dhan Kumar Limbu, were unsubstantiated and “unlikely to have taken place”.

Limbu told Reuters that in June, ATA officials took him to a police station where he was questioned about sharing information about ATA‘s working conditions with activists, then beaten by police. He fled Malaysia and is now back in Nepal.