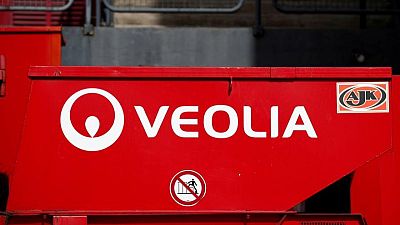 -Britain’s antitrust watchdog said the merger of French waste and water management groups Veolia and Suez could lessen competition and mean higher bills for councils in the UK.

Veolia and Suez are two of only a small number of suppliers in Britain that are able to service the largest waste management contracts, the Competition and Markets Authority (CMA) said https://www.gov.uk/government/news/cma-finds-veolia-suez-merger-raises-competition-concerns in a statement on Tuesday.

In its response, Veolia said it intended to study remedies that would reassure the British regulator, customers and competitors that the deal would not distort the market balance.

The UK regulator has given both companies five working days to submit proposals to address its concerns. If the CMA is not happy with any undertakings, it may move its probe to a deeper, phase 2 investigation.

“Councils spend hundreds of millions of pounds on waste management services. Any loss of competition in this market could lead to higher prices for local authorities, leaving taxpayers to foot the bill,” CMA chief Andrea Coscelli said.

Veolia noted it had already obtained 14 of the 18 authorisations required worldwide.

“Veolia remains convinced that the combination with Suez can be carried out under conditions that allow healthy competition to be maintained in the UK market,” it said in a statement.

The UK has the power to order the sale or divestment of part of the whole of a business if it ultimately concludes that there are competition concerns.