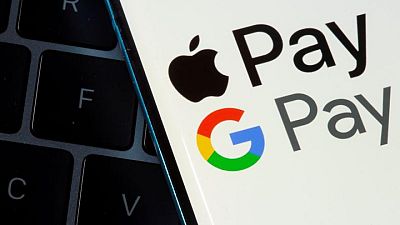 The service will allow Android mobile phone users to pay for products in stores that allow contactless payments.

Some 70% of Israelis have Android based phones – according to Israeli media, potentially providing a big market for Google Pay, which has about 150 million users in more than 40 countries worldwide.

In May, Apple’s Apple Pay launched in Israel, where 30% of people have iPhones.

Shva said the volume of purchases via digital wallets has risen 20 times in the past half year since Apple Pay entered the market.

Israel’s large banks and credit card companies, which issue Visa, Mastercard and American Express cards, said in individual statements that they had signed the agreements with Google to offer Google Pay, with some banks giving cash back to customers for using the service.