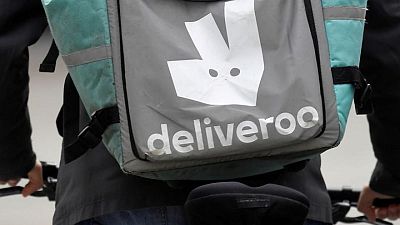 LONDON -Speculation that the European Commission is set to propose stricter labour rules to regulate the gig economy have sent shares of companies in the sector sharply lower again on Monday building on losses from last week.

Investors fear the business models of these companies might be jeopardized should the EU’s executive arm require them to directly employ drivers and riders.

“The thorny question of whether or not delivery drivers are employees is about to be answered by the EU Commission later this week and reports suggest the answer will be yes”, commented Danni Hewson, a financial analyst at AJ Bell.

“For food delivery businesses like Deliveroo and Just Eat that could mean a huge spike in costs, costs which many expect will be passed on to consumers across central Europe”, she added.

At 1056 GMT, shares in Deliveroo, Just Eat Takeaway, Delivery Hero were down 6.3%, 5.5% and 4.5% respectively having all also suffered double-digit losses last week.

The regulatory uncertainty about gig economy stocks was illustrated last March when a number of investment funds declined to participate in Deliveroo’s initial public offering adding pressure to the stock which plunged when it made its London debut.

Susannah Streeter, senior investment and markets analyst at Hargreaves Lansdown said other factors were also weighing on tech stocks such as expectations of rising interest rates which typically make them financially less attractive for investors.

“Expectations that the restaurant trade won’t be dented so much by the new variant as first thought, is likely to have weighed further”, she also said, noting food delivery companies had seen their business and stock valuation increased during the pandemic.