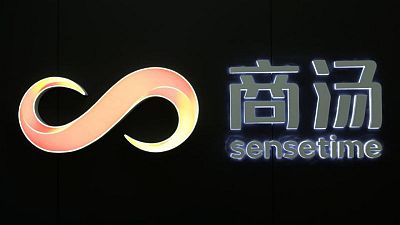 HONGKONG -Chinese artificial intelligence startup SenseTime Group is looking to raise up to $767 million in its Hong Kong initial public offering (IPO), according to a term sheet seen by Reuters.

The deal launched on Monday for the company to sell 1.5 billion primary shares within a price range of HK$3.85 to HK$3.99 each, the term sheet said.

Demand from investors to buy SenseTime’s shares had already covered the institutional tranche of the IPO within hours of it launching, three sources told Reuters.

The sources could not be named as the information was not yet made public.

Ahead of the launch, eight cornerstone investors have signed up for the IPO and subscribed for $450 million, or 58.6% of the deal, the term sheet showed.

SenseTime’s shares are due to price on Friday and start trading on the Hong Kong Stock Exchange on Dec. 17.

The company plans to use the majority of the IPO funds for research and development of its main AI technologies, the term sheet said.

It had planned to raise up to $2 billion in its Hong Kong IPO, Reuters reported previously, but scaled back the size of the deal before its launch.

SenseTime was among eight Chinese tech companies https://www.reuters.com/article/us-usa-trade-china-exclusive-idUSKBN1WM25M placed on a U.S. blacklist in 2019 amid trade tensions between Beijing and Washington.

The action bars the firms from buying components from U.S. companies without U.S. government approval.

The United States alleges the companies on the blacklist played a role in human rights abuses against Muslim minority groups in China.

SenseTime said at the time the ban was imposed it strongly opposed the U.S. trade restrictions and would work with relevant authorities to resolve the situation.

The blacklist has prohibited U.S investment banks working on the deal.