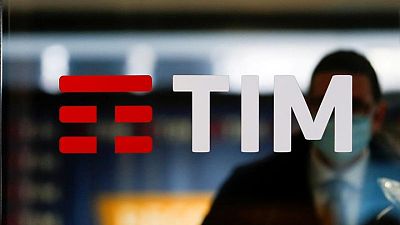 MILAN -Telecom Italia (TIM) is looking to draw up a list of candidates on Friday to advise it on a takeover approach from U.S. group KKR as banks jockey for position in Europe’s biggest ever private equity deal.

But divisions within Italy’s biggest phone group are making it difficult for the company to respond to KKR‘s non-binding bid approach valued at 33 billion euros ($37.40 billion) when debt is factored in.

Tensions are still running high after a shareholder row a week ago forced Luigi Gubitosi to step down as CEO following a clash with the group’s top investor Vivendi and independent board members.

In last week’s drama, TIM placed oversight of the group’s strategic assets in the hands of Chairman Salvatore Rossi, setting up a special committee to study the KKR approach that was made public on Nov. 21.

But top management remains in limbo and the board split on key issues.

Two people close to the matter said the Vivendi representatives and other board members are pushing for a full board reshuffle after Gubitosi refused to formally step down from the board – a move that prevented new general manager Pietro Labriola being named CEO last week.

“The committee is meeting on Friday to discuss advisers but it’s not clear if they’ll succeed given all the upheaval,” one of the sources said.

KKR – which industry sources said was working with Citi, Morgan Stanley and JP Morgan – has said any deal is conditional on support from the Italian government as well as the TIM board.

“But right now there is no management team at TIM and there is no more strategic plan … how can you evaluate a bid if you have no standalone strategy plan?” another source familiar with the matter said.

Goldman Sachs, Intesa division IMICIB and Bank of America had been lined up for a possible role in advising TIM before Gubitosi stepped aside, two other sources said, but they added that the situation was uncertain.

Rothschild and Lazard are now also squaring off for a role with TIM, the sources said.

KKR‘s non-binding offer is also dependent on a four-week due diligence which will need a green light from TIM. No special board meeting has been called to date ahead of a scheduled regular meeting on Dec.17.

The Italian government, which is TIM‘s second-largest investor with a 10% stake, has special anti-takeover powers to shield companies deemed of strategic importance from foreign bids.

Addressing parliament on Thursday, Industry Minister Giancarlo Giorgetti said it was too early to say if the government would use any special powers in regard to KKR.

He said some of TIM‘s assets needed to be under public control.

Prime Minister Mario Draghi has already said Italy’s priorities https://www.reuters.com/article/telecom-italia-ma-kkr-draghi-idUKR1N2QB00K in the matter are to safeguard jobs, technology and the network infrastructure at TIM.