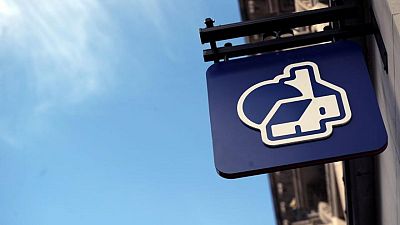 Crosbie, who is currently CEO of British bank TSB, will take over from Joe Garner in the first half of 2022.

She will be the group’s first female executive director in Nationwide’s 137 year history, the lender said.

Crosbie joined TSB in May 2019 and helped turn around the bank and return it to profit after a major IT meltdown that led to the ousting of previous boss Paul Pester.

TSB‘s Spanish owners Sabadell had planned to sell the unit but froze the plans after the bank’s improved performance and recently rejected an unsolicited takeover approach by rival Co-op Bank.

Nationwide is Britain’s biggest mutual lender and is owned by its customers.

Long-standing CEO Joe Garner announced he intended to step down from the role in September after nearly six years.

The lender managed to grow profits throughout the pandemic, boosted by the country’s buoyant housing market and low provisions for bad loans as it does not lend to businesses.

“Nationwide’s mutual status, combined with its trusted brand and market-leading customer service, make it a purposeful and unique force for good,” Crosbie said.

Both Crosbie’s appointment at Nationwide and Bulloch’s at TSB are subject to regulatory approval, the lenders said.

“Crosbie is currently CEO of TSB and has delivered a remarkable turnaround in financial performance at the lender on the back of relentless restructuring efforts,” John Cronin, analyst at Goodbody, said.