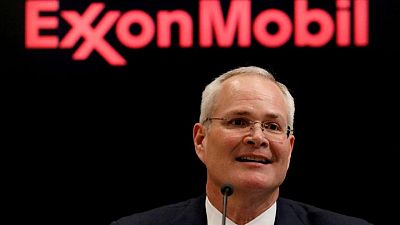 The top U.S. energy producer slashed costs after a historic $22.4 billion loss last year. But an oil-price rebound this year has generated strong profits that let Exxon pay down debt, maintain its dividend and fund a new low-carbon business. The budgets extend a plan Exxon set to spend about $16 billion this year and thereafter increase outlays to between $20 billion and $25 billion to 2025.

Exxon is “accelerating investment in our advantaged projects to sustainably grow shareholder value,” Chief Executive Darren Woods said on Wednesday. The spending “strikes the right balance between helping society … while providing the products people need for modern living,” he said.

Wall Street has been waiting for Exxon to outline a short list of projects it will pursue and detail those it has decided to eliminate. It did not cull its portfolio, and the 25% to 55% increase over this year’s capital budget was a disappointment to investors hoping for less spending and higher shareholder returns.

“That is more, or loads more” spending, oil analyst Paul Sankey of Sankey Research said. “We do not want Exxon to grow.”

The new budget was approved by a board that includes three new members elected by investors demanding the company cut spending, boost returns and better address climate concerns. It includes a fourfold increase in low-carbon initiatives, to a total of $15 billion through 2027.

More than half will target emissions reductions from Exxon sites and around 40% will be spent on hydrogen, carbon capture projects and biofuels, the company told analysts in a call.

“Exxon is closing the gap to its European peers on low carbon,” Jefferies analyst Giacomo Romeo said. But it will face pressure from activist shareholders until it commits to cutting emissions from use of its products, called Scope 3 emissions, he said.

Exxon sought to allay fears of overspending. It can sustain its dividends with oil prices at $35 per barrel, down from the “well below” $50 per barrel disclosed last month. Exxon also boosted the estimate for return on average capital employed (ROCE) to 17% in 2027, a level it last met in 2014. Investors use ROCE to calculate dividend sustainability.

Exxon did not disclose a new target for future production, which was previously expected to stay flat around 3.7 million bpd through 2025.

Exxon forecast sales of about 26 million tons per year of liquefied natural gas after the startup of projects in the United States in 2024 and in Mozambique in 2022.

Trelenberg declined to reveal revenue targets for its low-carbon unit. Rival Chevron Corp has promised $1 billion in cash from its energy transition projects.

Exxon also said it plans to reduce greenhouse gas emissions per unit of oil and gas production by 40% to 50% through 2030, compared to 2016 levels.

Last month, the company pledged to resume share buybacks and will spend about $5 billion a year on top of $16 billion in dividends.

Exxon shares were up a fraction in afternoon trading to $60.05 as oil prices fell on pandemic worries.