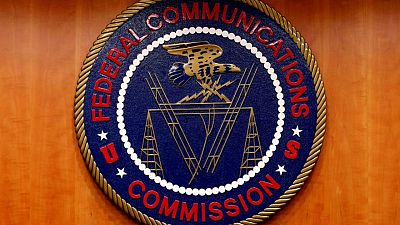 WASHINGTON – President Joe Biden’s pick for a seat on the Federal Communications Commission told a U.S. Senate Committee on Wednesday she does not back government regulation of broadband rates.

Gigi Sohn, a former senior aide to Tom Wheeler who served as FCC chairman under former President Barack Obama, said it would take at least a year for the commission to reinstate landmark neutrality rules that were repealed in 2017 under then-President Donald Trump.

Asked by Senator Marsha Blackburn if she would support FCC regulation of broadband rates, Sohn said: “No. That was an easy one.”

She said it was crucial for the FCC to step in without action by Congress.

“I am very concerned that broadband, an essential service, has been without any oversight for the past four years,” Sohn said, citing consumer and public safety protections.

Sohn said she would like Congress to address net neutrality to prevent a replay of the back-and-forth between administrations.

“I am as tired of the ping pong game as anybody,” she said, adding it was crucial the FCC acted in the absence of movement from Congress.

Separately, FCC Chairman Jessica Rosenworcel said in written comments on Monday that she does not plan to regulate broadband rates directly or indirectly.

She noted the 2015 net neutrality rules “expressly eschew future use of prescriptive, industry-wide rate regulation.” She added she “supported this approach in the past and would do so again in the future.”

Biden waited more than nine months to make nominations for the FCC, which has not been able to address some key issues because it currently has one vacancy and is split 2-2 between Democrats and Republicans.