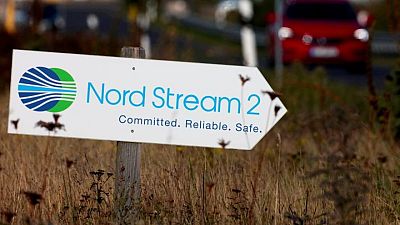 MOSCOW – The Kremlin said on Monday the United States must not put pressure on anyone over the certification of the Russian Nord Stream 2 gas pipeline.

The newly completed pipeline is awaiting clearance from a Germany regular before Russia can start exporting gas through it.

The United States and some European countries oppose the pipeline, which bypasses Ukraine and is designed to export Russian gas directly to Germany via the bed of the Baltic Sea.

They say it would make Europe too reliant on Russian gas, but some other European governments say the link is vital to secure energy supplies.