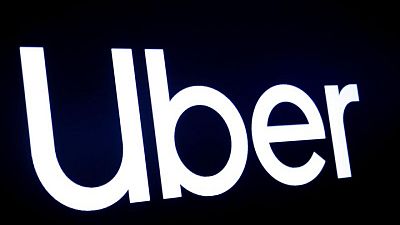 (Clarifies increase in paragraph 13 is one percentage point)

MEXICOCITY -Uber has set out to be carbon neutral by 2040, but the ride hailing company has picked a route in parts of Latin America that is fraught with challenges.

Since February, the U.S. group has offered customers in Mexico an “Uber Planet” option. For an additional 0.37 Mexican pesos per kilometer, they can contribute towards the purchase of carbon credits for reforestation projects and a wind farm in Oaxaca to offset the emissions caused by their rides.

Carbon offsets are controversial https://twitter.com/GretaThunberg/status/1455904676227002375. When countries and companies find it difficult or expensive to cut greenhouse gas emissions, they sometimes use offsets to meet climate goals. These allow buyers to keep polluting while paying someone else to take climate friendly action.

Uber’s own climate report last year said the company avoided buying offsets as a primary strategy, instead emphasizing subsidies for its drivers to switch to electric vehicles (EVs). Offsets “effectively pay to make it someone else’s responsibility” and have “weaknesses,” including verification challenges, Uber’s report said.

In parts of Latin America, however, the company told Reuters a transition for drivers to zero emission EVs was “impractical” in the near term, given nascent EV markets there.

So in Mexico, Colombia, Ecuador and Costa Rica it is using the Uber Planet offset scheme, alongside efforts to encourage drivers to switch to EVs, it said.

The decision underscores the difficulties transport companies face as they try to reduce their carbon footprints in emerging markets with relatively few sustainable alternatives.

According to data analytics firm J.D. Power, electric and hybrid vehicles comprise just 6.4% of Mexico’s car market, compared with 15% worldwide. By 2030, the market share is seen hitting 12% in Mexico, far behind the 50.5% predicted globally.

Uber Planet buys credits in projects that have been certified by organizations such as the United Nations Framework Convention on Climate Change (UNFCCC) and the Climate Action Reserve (CAR), a not-for-profit registry.

Certification is supposed to confirm projects would not otherwise exist without the sale of carbon credits, giving assurance they are genuinely creating offsets.

But one Mexican scheme supported by Uber, the Oaxaca IV wind farm project, may have gone ahead without the credits, according to Gilles Dufrasne, a policy officer at not-for-profit industry monitor Carbon Market Watch.

The certification documents for the project from 2011, reviewed by Reuters, showed carbon credits would provide about a one percentage point increase in its internal rate of return.

The farm’s developers said in the documents, filed to the UNFCCC, that carbon credits were vital to secure financing.

But Dufrasne said the modest benefit raised questions whether they were needed.

“The whole point of selling carbon credits is to have some way of measuring extra (emissions) reductions which would not have happened without the sale of the credits,” he said. “But if they were going to build the project anyway, then what you’re paying now is just not making any difference.”

Danny Cullenward, an offset specialist at CarbonPlan, a not-for-profit research group who reviewed the project documents too, also questioned whether the sale of credits was necessary to secure financing, noting the wind farm had a deal for the government to buy its output at a guaranteed price.

“This isn’t some business venture that’s kind of risky and needs a little boost to stay afloat,” said Cullenward. “It’s an infrastructure project with commercial mature technology that had a fixed price contract with the Mexican government.”

A spokesperson for Spain’s Acciona, the parent company of Oaxaca IV, said the project was vetted under the UNFCCC‘s Clean Development Mechanism (CDM).

“The very fact that the U.N. included the Oaxaca IV project under the CDM mechanism is in itself proof of the contribution of the wind farm to the U.N.‘s sustainable development goals,” the spokesperson said.

The UNFCCC did not respond to requests for comment.

The wind project accounts for about 16% of Uber Planet’s carbon credit purchases in Mexico, according to data on Uber’s local website. Of the 8,668 credits it bought from Honduras-based carbon credit broker Anaconda Carbon between February and August, almost 1,400 were from the project.

Uber referred questions about the project to Anaconda.

Anaconda President Christian Giles told Reuters the wind farm was properly validated and revenue from carbon credits was vital to it.

“That argument was audited, not only by a third independent party, but also by the U.N. itself,” he said, referring to the UNFCCC.

Companies are under pressure from activists, investors, politicians and even each other to cut emissions.

In Mexico City, Uber faces new competitors like Beat Tesla, with an all-electric fleet of Teslas. China’s Didi Global, meanwhile, says it has 1,600 hybrid or electric vehicles in Mexico.

Uber says it is determined to cut emissions.

“Every market where Uber is available will be taking bold steps to develop locally relevant strategies that move in parallel with our commitments. At this moment, we are presenting Uber Planet, understanding the urgency needed to crack down on this challenge immediately,” said David Mínguez, an Uber spokesperson in Mexico.

He said the company would take steps “within the coming months” to encourage more drivers to switch to electric or hybrid cars, including promotional prices for the vehicles and incentives like an extra 10,000 pesos per 160 trips.

He predicted more than 600 of its drivers in Mexico would be able to change to an electric or hybrid vehicle in 2022. Uber has around 200,000 drivers and delivery partners in the country.

The high price of EVs puts them out of reach for most Mexicans, whose average daily salary is less than $21, while the country lacks the tax incentives and charging infrastructure to encourage drivers to switch.

“We are going to move to that but it’s going to take more than double the time it will happen for all other parts of the world,” predicted Gerardo Gomez, director and country manager for J.D. Power in Mexico.