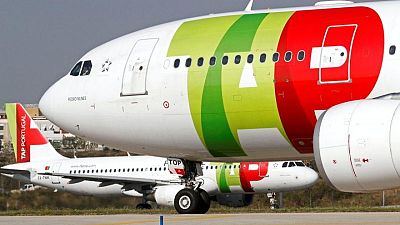 By Catarina Demony and Sergio Goncalves

LISBON – Portugal’s ailing flag carrier TAP said on Tuesday it expects the European Commission to approve its 3.2 billion euro ($3.64 billion) restructuring plan, which has been under investigation over its compliance with EU rules, by Christmas.

EU antitrust regulators have been examining since mid-July whether the plan, which involves around 2,000 job cuts and pay cuts of up to 25%, is proportionate and complies with state aid rules, and whether it affects competition.

“There has been a deep investigation… the case has been closed and we have answered to all questions,” TAP‘s Chief Executive Christine Ourmieres-Widener told a news conference with foreign press.

“We are now in final discussions and our expectation… is to have the approval this side of Christmas,” she added.

The airline, which is 72.5% controlled by the Portuguese state, was working closely with the government through the process, she said.

The CEO said the group was “focused on delivering the plan” and had already cut 2,000 jobs, taking its workforce to 7,000. “We are waiting for an approval (but) that doesn’t mean the work hasn’t started yet,” she said.

TAP posted losses of 1.2 billion euros in 2020 as passenger numbers fell due to the impact of the COVID-19 pandemic, but reported a slight improvement in the first half of this year as travel rules were eased.

Portugal’s infrastructure minister Pedro Nuno Santos said TAP was unlikely to succeed alone and must be open to consolidation with other airlines.

Ourmieres-Widener said the company could in the future be part of the consolidation of the airline industry in Europe, but that it was “not a priority for now”.