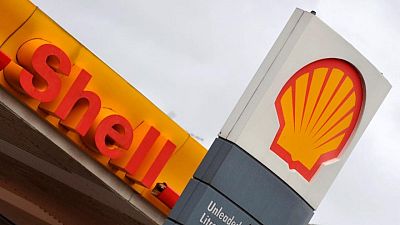 LONDON – Royal Dutch Shell will scrap its dual share structure and shift its tax residence and head office to Britain from the Netherlands, seeking to keep investors on board as the energy giant plans a shift away from oil and gas.

MARKETREACTION: Shares in Royal Dutch Shell rose 2.2% in European trade after the announcement.

“(The proposal) will allow faster buybacks and bring Shell’s tax residency into line with its country of incorporation in the United Kingdom. This is a clear post-Brexit win for the UK.

“It is unclear what leaving the Netherlands will mean for the Dutch litigation process given sizeable operations will remain.”

“This news has no negative consequences for Milieudefensie’s climate case against Shell. In any case, this lawsuit will remain with the Dutch courts. In our view, this also has no implications for future cases at home and abroad. Around the world, companies have the responsibility to respect human rights and prevent dangerous climate change.

“Rather, moving to the United Kingdom opens up a new front, including for future cases.”

“Ultimately, the proposals spell good news for investors and will help accelerate Shell’s share buyback programme and the delivery of its strategy to become a net-zero emissions business by 2050. (The proposals) will increase the pool of ordinary shares available for purchase and hence accelerate shareholder distributions in the form of buybacks.

“Aligning its share structure with peers could in theory double the volume of share buybacks that Shell can implement per quarter from $2-2.5 bln up to $5 bln per quarter, we think.”

“Moreover, the change will allow greater flexibility including M&A and demergers while helping Shell achieve its ambition to become net-zero.”

“Ultimately, the new structure would be a net positive for shareholders as it will streamline the company and make it easier to manoeuvre moving forward. Aside from the fact that the shares they hold will no longer come with a ‘Royal’ designation, this new alignment won’t change much for investors.

“The long-term growth story for Shell still rests heavily on the oil price. For now, buoyant oil prices are keeping the group’s cash coffers topped up, which has had a positive impact on debt and given the group the means to boost shareholder returns.

“However, with the inevitable shift to more sustainable energy picking up steam we suspect the need to invest in greener operations will keep a lid on what the group can pass on to shareholders.”

“We see merits in the proposed restructuring of Shell’s shares structure and tax residence. Among other benefits, the proposed changes will increase Shell’s ability to buy back shares which was until now constrained by Class B shares liquidity.

“This is an important point ahead of the start of the $7bn buyback programme related to the Permian divestment and in the context of a potential increase in size of the ordinary buyback (from the current $1bn/quarter).”

“The Cabinet regrets to the utmost that Shell wants to move its head office to the United Kingdom. We are in a dialogue with the management of Shell over the consequences of this plan for jobs, crucial investment decisions and sustainability.”

“If this decision will enable the company to be more agile in order to execute its transition to net zero, then it should be viewed positively. We would be keen to understand how this will drive a more ambitious transition in line with the steps the company still need to take as we outlined in our statement at Shell’s AGM.”

“Welcome news Shell is proposing to relocate its Group HQ to the United Kingdom as part of their plans to accelerate the transition to clean energy.”