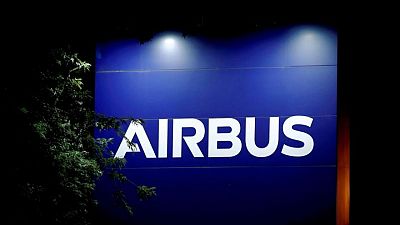 DUBAI -Airbus shaved its forecast for total commercial airplane demand by 0.5% compared with pre-pandemic projections on Saturday, offset by a brighter outlook for freighters as jetmakers fight for inaugural sales of new cargo planes.

Airbus updated the widely watched forecast on the eve of the Dubai Airshow, where a battered aviation industry is reeling from the loss of two years’ growth to COVID-19, while outlining its latest environmental plans amid growing climate pressure.

Airbus said it expected a market total of 39,020 jetliner deliveries in the next 20 years, fractionally lower than the 39,213 it predicted two years ago in its last rolling forecast.

The estimate for small planes like the best-selling A320 was essentially flat at 29,690 units, but the outlook for long-haul jets that traditionally dominate the region fell 3.1%.

The view echoes that of Boeing which in September cut its 20-year delivery forecast by 1% compared to 2019. That tempered greater pessimism seen from Boeing as the crisis peaked in 2020.

Airbus issued slightly weaker forecasts for medium jets – a key battleground that includes its longest-range narrrow-body jet, the A321XLR. Its sales have been causing a headache for Boeing at the top end of its recently troubled 737 MAX range.

After two years of COVID-related travel restrictions, Airbus slashed its forecast for average annual growth in passenger traffic over 20 years to 3.9% from 4.3% in pre-pandemic 2019.

Traffic and airline profits set the pace for plane orders.

“We have lost effectively two years of traffic growth because of the pandemic,” Airbus Chief Commercial Officer Christian Scherer said.

However, Airbus raised its 20-year delivery forecast for freighters by 2.9% to 880 units and predicted an order soon for a new A350 freighter. Boeing said it is in advanced discussions with potential buyers for its new 777X freighter.

Airbus said a rising share of total airplane deliveries would be to replace jets already in the market rather than to facilitate the recently curbed growth plans of many airlines.

That emphasis reflects expectations that airlines will retire less efficient jets earlier following COVID-19, but also addresses a sensitive point for the industry as some environmental groups target what they see as over-expansion.

Airbus said 39% of deliveries would replace older planes with higher emissions, compared with 36% in an earlier forecast.

Faster retirements worry some suppliers and lessors who fear the economically useful life of jets will fall, forcing them to miss out on service revenues or push up depreciation costs.

Scherer dismissed suppliers’ criticism of Airbus’ plans to raise output in coming years, saying this would not flood the market but would instead modernise fleets and curb emissions.