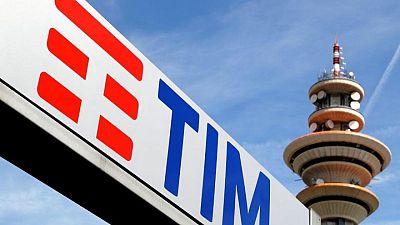 Under pressure to raise cash after two profit warnings in three months, Gubitosi last month presented the board proposals to carve out assets and attract new investors for parts of TIM‘s portfolio, including its key landline grid that supplies broadband and fixed-line services to millions of Italian homes and businesses.

But the plan from the 60-year old CEO, who secured a second-term in March, got a cool reception from Vivendi — leading shareholder in the former phone monopoly ahead of state lender Cassa Depositi e Prestiti (CDP).

Options for TIM‘s network assets will be discussed at a special board meeting on Nov. 11 as requested by Vivendi representatives Arnaud De Puyfontaine and Frank Cadoret and three other independent board members.

TIM has seen revenue shrink by a fifth over the past five years due to aggressive competition from rivals such as Iliad, Vodafone, Wind Tre and Fastweb on its home market where it needs to boost investments to meet increasing demand for digital services.

WHOCALLSTHESHOTS AT TIM? Vivendi holds 24% of TIM but does not control its board which has a majority of independent directors. CDP has built a stake of almost 10% in TIM but holds just one seat out of 15.

WHATDOESCDPWANT? Treasury-owned CDP, which is close to becoming Open Fiber’s controlling shareholder with a 60% stake, sees superfast fibre networks as strategic for the country. It invested in TIM to oversee the group’s network and offset Vivendi’s influence.

Last year it backed a plan sponsored by the previous government to create a single entity combining all TIM‘s network access with Open Fiber.

That plan, which envisaged TIM keeping a majority stake in the new company while giving CDP vetting powers on strategic issues, has stalled with key figures in Prime Minister Mario Draghi’s coalition opposing it and question marks hanging over whether it would ever get past regulators in Brussels. WHATDOESVIVENDIWANT? Vivendi, facing a potential 1.8 billion euro capital loss on its TIM stake at current market prices, wants to have more of a say in mapping the group’s future and has called into question Gubitosi’s role after backing his reappointment in March. The CEO has been trying to persuade Vivendi that giving CDP control in a network tie-up with Open Fiber is the only way to overcome regulatory and political resistance to such a plan.

Vivendi has always opposed TIM handing over control of its most-prized asset and wants a direct line with the government over strategic options for the group.WHAT DOESKKRWANT?

KKR last year spent 1.8 billion euros for a stake in TIM‘s ‘last-mile’ FiberCop grid linking street cabinets to homes. It not only wants to protect that investment but is keen to boost exposure to TIM‘s fixed-line assets as Italy prepares to spend billions of euros of European Union recovery funds to boost digital connectivity.

The prospect of an Open Fiber deal regaining traction has set alarm bells ringing and it is eyeing a further investment in TIM‘s network assets to strengthen its hand, sources have said.