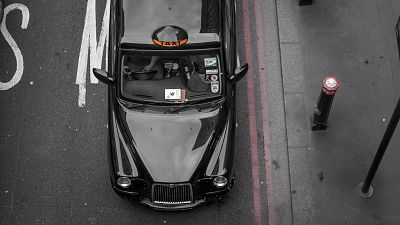 Black cab drivers’ brains are different from everyone else’s due to the vast amount of navigational knowledge they need to store - and this is helping scientists research the onset of Alzheimer's.

To become a qualified driver in an iconic London black cab, you need to pass the ‘Knowledge of London’ test, which requires memorising thousands of streets, landmarks, and routes around central London.

A requirement since 1865, completing the Knowledge usually takes three or four years of hard graft.

But researchers now believe that passing the test and using their Knowledge for years does not just mean London's cab drivers know the quickest way from Buckingham Palace to Tower Bridge.

Studying for the Knowledge brain also stimulates and enlarges the hippocampus, a part of the brain which controls learning and memory, and which shrinks during the onset of Alzheimer’s disease.

A 2000 study found London cab drivers had larger posterior hippocampuses than a control group, and a 2011 study at the Wellcome Trust Centre for Neuroimaging at University College London (UCL) supported the thesis that brains can grow in later life, after another study of black cab drivers.

Now, a team led by Professor Hugo Spiers, Professor of Cognitive Neuroscience at UCL, is studying their brains to gain insight into the onset of Alzheimer’s.

"We don’t know much about how taxi drivers use their hippocampus during route planning," Professor Spiers told the Washington Post.

"And how do they use other brain regions to solve the task of navigating 26,000 streets? Can we explain why they might be quick to plan out one route and take a while to think out another one? It’s something we need to know more about."

Spiers' team are still looking for volunteers for a project called "Taxi Brains". According to the project’s website, “Understanding which parts of the hippocampus get bigger in relation to navigation ability will provide critical insights needed to help develop diagnostics for the earlier detection of Alzheimer’s disease.”

Volunteers get up to £30 (€35) for participating, and they also receive a picture of their brain.

The test involves taking an MRI scan after proving their ability to plan routes through London.

One cabbie who took part in the study told BBC Radio 5 Live the “research is quite well-known among us, we can show off, I have a bigger hippocampus than you.”

“I’ve also felt I had a good memory, but it’s a different sort of memory for driving a cab. Geography of knowing where you’re going isn’t the same as just remembering stuff, it’s picking up on signals of location and so forth. The combination of the two meant I was destined to be a cab driver.”

“It’s my dread to suffer from it. So anything I can do to contribute to the total knowledge of it, it’s more than my pleasure,” he added.