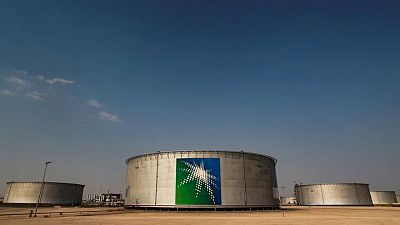 SINGAPORE – Top oil exporter Saudi Arabia has raised the price differential of its flagship crude to Asia by more than double in December versus November, exceeding market expectations and sending a bullish signal to the global oil market, traders said.

The sharper-than-expected price hike comes after the Organization of the Petroleum Exporting Countries and its allies, a group known as OPEC+, agreed last week to maintain a production hike of 400,000 barrels per day (bpd) for December despite consumers’ calls for higher output.

On Saturday, state oil giant Saudi Aramco hiked the official selling price (OSP) for Arab Light crude by $1.40 to $2.70 a barrel above the average of Platts Dubai and DME Oman prices in December, its highest level since September.

This far exceeds a hike of 30-90 cents a barrel forecast for Arab Light in a Reuters survey on Oct. 29.

Brent and U.S. West Texas Intermediate crude futures gained more than $1 on Monday following Saudi’s announcement. Brent has risen about 60% from the start of the year as global oil demand recovers from the pandemic. [O/R]

“It just tells you that Saudi is very bullish and they also think that the market is very tight and that’s why they dare to hike prices so much,” a Singapore-based trader said.

The trader said the producer likely based its price calculations on Asia’s refining margins, which jumped in October from sharp gains in gasoline and naphtha.

The OSPs for lighter grades – Arab Super Light and Arab Extra Light, which yield more of those two products – rose by more than $2 a barrel in December.

Saudi Aramco also hiked OSPs for heavier grades by more than $1 a barrel despite weaker fuel oil margins. These prices will set the trend for other medium and heavy grades from Kuwait, Iraq and Iran.

The price hikes come even as Middle East producers are increasing output as previously agreed in a pact to raise output starting from August.

Middle East benchmarks jumped higher last week after Brent’s premium to Dubai quotes stretched to its highest since 2013. That made Brent-linked crude from the Atlantic Basin and Latin America more expensive than those from the Middle East and Russia.