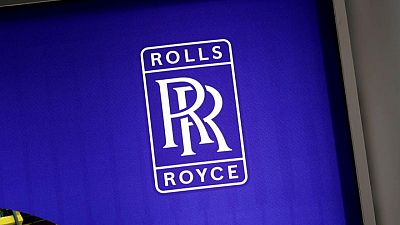 By Susanna Twidale and Sarah Young

Hitting its emissions goal by 2050 requires a huge increase in low-carbon power generation such as wind, solar and nuclear, but while large-scale new nuclear projects have struggled for funding, Britain is now banking on smaller versions.

“This is a once in a lifetime opportunity for the UK to deploy more low carbon energy than ever before and ensure greater energy independence,” Britain’s Business and Energy Secretary Kwasi Kwarteng said on Tuesday.

Small Modular Reactors (SMRs) can be made in factories, with parts small enough to be transported on trucks and barges and assembled more quickly and cheaply than large-scale ones.

Each mini plant can power around 1 million homes and Rolls-Royce forecast that the SMR business could create up to 40,000 jobs based on British and export demand.

It said the global export potential was “unprecedented”, fitting with a government plan to increase clean tech jobs as part of its so-called green industrial revolution.

It is also seeking to replace aging nuclear plants, with all but one of Britain’s existing nuclear fleet, which provide around 20% of the country’s electricity, set to close by 2030.

The SMRs will not be available until the early 2030s and all new nuclear power projects need approval from Britain’s Office for Nuclear Regulation (ONR) and its Generic Design Assessment, which can take around four years to complete for large plants.

“The immediate deadline for action is sharp cuts in emissions by 2030, and small reactors will have no role in that,” Greenpeace chief scientist Dr Doug Parr said.

“They are still more expensive than renewable technologies, there’s still no solution to dispose of the radioactive waste they leave behind and no consensus on where they should be located,” he added in an emailed statement.

Nuclear power plants in Britain can also only be built on sites licensed by the government, and the first SMRs could be set up at existing nuclear plant sites or at licensed sites where older plants are being decommissioned.

Rolls-Royce shares rose 4% on news of the vote of confidence in the aero-engineer’s SMR business. Shares in Rolls-Royce, which will own around 80% of the new Rolls-Royce SMR unit, have already gained 33% this year on hopes that the worst of the COVID-19 aviation downturn is behind it.

The new funding will enable SMR technology to take the next steps through Britain’s regulatory process, and identify sites for plants, which will be about the size of two soccer fields.

“(It) sends a huge signal to private investors that the government wants SMRs alongside new large-scale stations to hit net zero,” Tom Greatrex, Chief Executive of the Nuclear Industry Association said, adding that the funding also showed investors that Britain “believes in nuclear as a green technology”.

Citi analysts noted that Rolls-Royce has previously estimated that Britain could need around 16 SMRs between 2030 and 2050 to replace ageing plants, and said the unit could boost the company more widely.

“There is a longer-term business, international opportunities and potentially other uses, such as green hydrogen production, which could be used in synthetic aviation fuel, and desalination in arid regions,” they said.

But Agency Partners analyst Nick Cunningham was less sure.

“The UK will build a few Rolls-Royce SMRs, over a period of some years, before they are obsoleted by new technology… it will barely move the dial for Rolls-Royce investors,” he said.