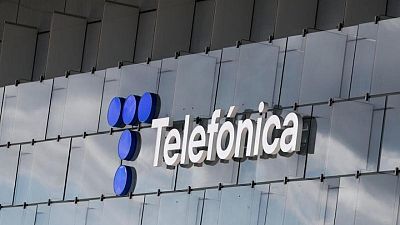 MADRID -Spanish telecoms firm Telefonica SA said on Thursday it swung to a net profit in the third quarter from a year-earlier loss thanks to the performance of its foreign units, though rising energy costs hit profitability in its domestic market.

The company reported a net profit of 706 million euros ($818 million) in the third quarter compared with a 160 million loss in the same period a year ago, following a 785 million euro write-down of assets in Argentina.

While business was brisk in Germany and in Latin America, core profit in Spain during the quarter fell 8.9% from the previous year.

That was due mainly to rising energy costs and higher costs from sports content after right holders gave a rebate in 2020 because of the pandemic, the company said. Shares were down 2.3% in midday trading, making them the worst performer on the IBEX 35 blue chip index.

The higher energy costs in Spain will likely keep weighing on Telefonica’s profitability for a few quarters ahead, Chief Operating Officer Angel Vila told analysts in a conference call on Thursday.

The effect will “fade away at some point next year”, he added, as prices will eventually “regularize” and the company will manage to gain efficiency, he told Reuters. He doesn’t plan to transfer cost increases to customers.

Over the first nine months of the year, Telefonica booked a record 9.34 billion euro net profit, mainly because of capital gains made on the sale of its Telxius tower unit and the tie-up of its O2 unit and Virgin Media in Britain.

Overall revenue fell 11% in the third quarter from the same period a year ago as the company has become significantly smaller as a result of asset sales, but core earnings rose 40%.

“We maintained the momentum of year-on-year organic revenue and (core profit) growth for the second consecutive quarter,” Chief Executive Jose Maria Alvarez-Pallete said in a statement.

Analysts polled by Refinitiv had expected net profit of 568 million euros in the third quarter.

Telefonica reiterated that it expects revenue and core profit to be “stable” or see “slight growth” in 2021, in line with an announcement last quarter.

Like European rivals, the company, Spain’s largest telecom firm, has been facing growth issues aside from the impact of the pandemic, and has been selling assets to cut debt and fund an upgrade to next-generation 5G networks.

As a result of its asset disposal strategy, Telefonica managed to reduce its debt to 25 billion euros in September, 32% less than in September 2020. The company intends to get a debt level consistent with a “solid” investment grade, Chief Financial Officer Laura Abasolo said.