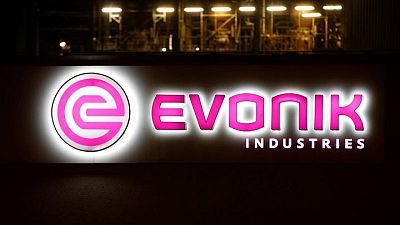 By Karol Badohal and Bartosz Dabrowski

Evonik, whose products include chemicals for batteries and coolant lines of electric cars, derives almost one-fifth of its sales from the mechanical engineering and automotive industries, which have struggled to maintain production levels because of chip shortage this year.

Chief Executive Christian Kullmann, while speaking to analysts, named the automotive, animal feed and lipids businesses among potential growth drivers for the company next year.

“The underlying trend in automotive is strong,” Kullmann told the conference call, adding that the company sees good potential for a strong rebound in the business in 2022, as he expects the logistical constraints to ease.

Kullmann said the prices of methionine, an animal feed ingredient Evonik produces, which have surged in recent weeks, would start to help the company’s margin performance and price increases from the next month and would pay off in 2022.

He also said the company expected “significantly” higher sales of lipids, used in Pfizer/BioNTech’s COVID-19 vaccine, next year versus 2021.

Evonik expects 2021 adjusted core profit of about 2.4 billion euros ($2.78 billion) and sales at 14.5 billion euros, both in the upper end of ranges the company had forecast at mid-year.

The company reported adjusted earnings before interest, taxes, depreciation and amortisation (EBITDA) of 645 million euros ($747.23 million) in the third quarter, up 24% and slightly above analysts’ forecast of 641.1 million euros in a company-provided poll.