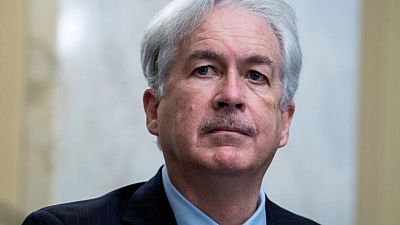 By Maria Tsvetkova and Anton Zverev

The trip follows a summit in Geneva in June where U.S. President Joe Biden pressed Russian President Vladimir Putin to act against ransomware groups attacking companies and infrastructure in the United States, and Moscow publicly agreed to track down cyber criminals.

“Cybersecurity was one of the topics,” a source close to the Russian Federal Security Service (FSB) said, adding that Burns presented evidence of the involvement of Russian hackers in the attacks.

A U.S. official familiar with intelligence activities and another Russian cybersecurity source confirmed that hacking was among the topics raised by Burns.

His trip is the latest in a series of high-level contacts that show both sides want to keep talking despite mutual distrust and a long list of disputes that have plunged relations to post-Cold War lows.

“Dialogue at this level and on such sensitive issues is extremely important for bilateral relations and for exchanging views on the issues that we have,” Kremlin spokesman Dmitry Peskov told reporters.

Burns’ trip coincided with developments in both countries that highlighted their tensions over cybersecurity, where no progress has been reported since the Biden-Putin summit in June.

On Wednesday the U.S. Commerce Department added https://www.reuters.com/technology/us-blacklists-four-companies-israel-russia-singapore-citing-spyware-2021-11-03 Russian cybersecurity company Positive Technologies, which has been under sanctions since April, to its trade blacklist, saying it trafficked in cyber tools used to gain unauthorized access to computer networks.

On Tuesday, Russia, which has proposed to hand over cyber criminals if Washington did the same, briefly detained in St. Petersburg former Belarussian hacker Sergei Pavlovich, who is wanted by the United States and lives in Russia.

Pavlovich said in a YouTube video after his release that he had been detained due to an Interpol red notice and freed because Russia and the United States have no extradition agreement. The St. Petersburg police department declined to comment.