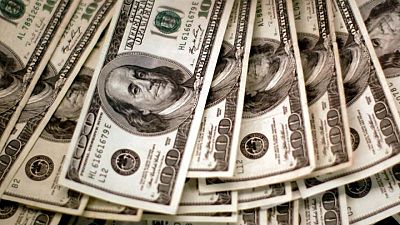 By Tom Westbrook and Kevin Buckland

SINGAPORE – Australia’s dollar weakened on Tuesday after the country’s central bank dampened investor hopes for a hawkish pivot, kicking off a big week for monetary policy that includes decisions from the Federal Reserve and Bank of England.

The central bank stressed that inflation was still too low, although it also omitted its previous projection that rates were unlikely to rise until 2024 and dropped a key target for the April 2024 government bond.

“The RBA have made every effort to sound dovish” in the policy statement, “so in that sense there’s clearly an attempt to push back on market pricing,” said Ray Attrill, head of FX strategy at National Australia Bank in Sydney.

“The risk is that we could see some further slippage in the Aussie dollar near term.”

The same inflation dilemma hangs over other central banks.

The Fed begins a two-day meeting later on Tuesday, where it is expected to announce tapering of its asset purchases, and the BOE meets on Thursday with markets all but pricing in a small rate hike.

“The elephant in the room is headline and underlying inflation, which are higher than the (Fed) was anticipating,” said Standard Chartered’s head of G10 FX, Steve Englander.

“We expect the (Federal Open Market Committee) to state that the Fed is ready to act decisively if inflation is not moving towards target levels when tapering ends, but it still expects inflation to fall as supply constraints ease. We think investors will see this as advancing the likely timing of Fed rate hikes,” he said.

“We expect FX markets to react to the implied Fed threat of rates moving off zero but discount inflation optimism. This adds up to a dollar-positive combination of higher real rates and increased risk-off positions.”

Trader positioning points to bets on higher rates, with speculators crowding in to short the Japanese currency.

“That’s a bet that interest rate trends will continue to move against the yen as they rise elsewhere, particularly in the U.S.,” said Societe Generale strategist Kit Juckes.

“In other words, there’s a majority that thinks the bond selloff isn’t over yet. It’s also, to a smaller extent, a bet that risk sentiment will survive the experience.”