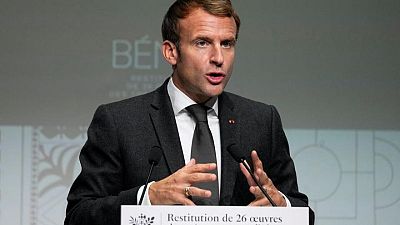 LONDON – French President Emmanuel Macron warned Prime Minister Boris Johnson on Friday that Britain’s credibility was on the line in the row over post-Brexit fishing rights and Northern Ireland, with other countries watching closely.

Macron told the Financial Times in an interview that the fishing rights issue was important.

“Make no mistake, it is not just for the Europeans but all of their partners,” he said. “Because when you spend years negotiating a treaty and then a few months later you do the opposite of what was decided on the aspects that suit you the least, it is not a big sign of your credibility.”