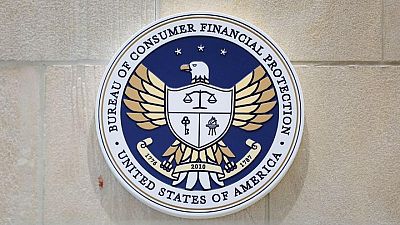 By Katanga Johnson and Pete Schroeder

Chopra, head of the Consumer Financial Protection Bureau (CFPB), said Big Tech’s entrance into the payment sector raises questions, including: “How will these firms harvest and monetize data they collect on our transactions? What criteria will they use to decide who is removed from the platform? How will they ensure that payment systems adhere to consumer protections?”

The agency will also aim to minimize foreclosures on struggling American homeowners and make consumer lending more competitive, he said.

And, it will sharpen its enforcement focus on companies that repeatedly violate consumer finance laws.

Chopra, a longtime consumer advocate tapped by Democratic President Joe Biden, outlined an ambitious agenda during his first of two congressional hearings this week as CFPB director. Wednesday’s hearing before members of the House of Representatives Financial Services Committee will be followed by a Thursday sitting to testify before the Senate Banking panel.

“Many families continue to struggle to afford their mortgage and rent payments. Many small businesses are facing severe challenges to make ends meet,” Chopra told the panel on Wednesday.

Chopra’s hearing will likely reinvigorate the CFPB‘s status as a political lightning rod. Republicans have sought to handcuff the agency since its creation, calling it overpowerful and unaccountable.

Sworn in as the CFPB‘s full-time director earlier this month, Chopra built his name as a fierce defender of middle-class Americans at the Federal Trade Commission, and previously helped Senator Elizabeth Warren set up the CFPB after it was created in 2010.

“This hearing should serve as a reminder of both the bureau’s broad authority and Director Chopra’s capacity to effectively use the bureau’s toolbox,” said Isaac Boltansky, director of policy research for financial firm BTIG.

Just a few weeks into the job, Chopra made his mark when the CFPB ordered https://www.reuters.com/technology/us-consumer-watchdog-orders-tech-giants-turn-over-information-payment-systems-2021-10-21 Amazon.com Inc, Apple Inc and Facebook Inc to hand over information about how they gather and use consumer payment data.

“There are many places where regulators should be promoting competition and innovation in ways that are good for small businesses and families — and not in a way that allows dominant firms to control more and more about our lives through our data,” Chopra said.

That push for clarity is part of a growing interest among regulators and lawmakers about the rapid adoption of technology in various financial products, ranging from cryptocurrency to new “buy now, pay later” lending products.

While Republican members of the panel applauded Chopra’s decision to look into practices that might impede lending competition, they added that they were against a “heavy handed” approach to enforcement.

Democrats’ top policy priorities include boosting competition in the consumer finance sector by requiring financial companies to give consumers more control over their financial data — a concept known as “open banking https://www.reuters.com/business/exclusive-white-house-target-bank-mergers-financial-data-with-competition-order-2021-07-09.”

Analysts have said they expected the CFPB to move ahead with an open-banking rule first proposed by the agency under the former Trump administration in coming months.

Chopra said on Wednesday that he is studying such regulations in other countries and is eager to review the comments the CFPB has received on the proposal.

“At the same time, we’re going to need to make sure we’re protecting privacy, security and other things that are critical,” he added.

The agency head said that while he wants to ensure payments platforms operate “fairly, transparently and competitively,” he does not intend to ban or limit the use of cryptocurrency or blockchain technology that also lean on payment systems.