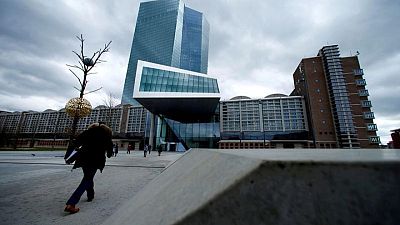 FRANKFURT – European Central Bank President Christine Lagarde acknowledged on Thursday that inflation will be high for even longer but pushed back against market bets that price pressures would trigger an interest rate hike as soon as next year.

With central banks around the world signalling tighter policy amid rising prices, Lagarde said the ECB had done much “soul-searching” over its stance but concluded that inflation was still temporary, so a policy response would be premature.

She identified higher energy prices, a global mismatch between recovering demand and supply, and one-off base effects such as the end of a cut in German sales taxes as the three main factors temporarily driving euro zone inflation.

“While inflation will take longer to decline than previously expected, we expect these factors to ease in the course of next year … We continue to see inflation in the medium term below our 2% target,” Lagarde said.

But policymakers speaking in private were more cautious, warning that there was a risk that price growth would come down at an even slower rate than predicted and inflation would stay above 2% in 2022, two sources familiar with the discussion told Reuters.

Some even see a risk that inflation could stay close to target in 2023, even if the mainstream view among policymakers was for a lower rate, the sources added.

Lagarde also took aim at market expectations for an interest rate hike next October, arguing they are out of line with the bank’s policy guidance, which says rates will not rise until inflation across the 19-country euro zone is seen back at target by the middle of the forecast period and set to hold there.

“Clearly under the current analysis (those conditions) are not satisfied and certainly not in the near future,” Lagarde said, adding that it was not for her to say whether markets were getting ahead of themselves.

Although Lagarde’s words appeared timid, sources close to the discussion said no member of the rate-setting Governing Council agreed with market views. Still, her intervention did little to sway investors, and a 10 basis-point increase in the minus 0.5% deposit rate for next October remained fully priced in by late trading.

“Lagarde clumsily read from paper that market bets on interest rates were not in line with the ECB‘s guidance,” Nordea economist Jan von Gerich said.

“If her intention was to bring market pricing more in line with the ECB’s guidance, she failed miserably.”

Investors also noted Lagarde’s acknowledgement that supply disruptions, a major cause of higher prices, will not be resolved until after the first quarter, and that some firms anticipate difficulties throughout 2022.

Signalling that the ECB is not indifferent to the global environment, Lagarde said its 1.85 trillion euro Pandemic Emergency Purchase Programme (PEPP) was likely to end as scheduled next March.

Such a move is widely expected by investors. Lagarde would however not say whether lost purchase volumes would be replaced by more traditional tools to help pin borrowing costs near record lows and support the recovery, as many anticipate.

With other central banks around the world are already reacting to higher inflation, the ECB is likely to remain an outlier.

The Bank of Canada indicated on Wednesday it could hike interest rates as soon as April 2022 and said inflation would stay above target through much of next year.

The U.S. Federal Reserve and the Bank of England have also signalled policy tightening while several smaller central banks, from Norway to South Korea, have already hiked rates.

Beyond the inflation commentary, the ECB kept policy unchanged as widely expected, setting the stage for a decision in December on whether to end emergency stimulus and return policy to a more normal setting.

With Thursday’s decision, the ECB will continue buying bonds at a pace “moderately” slower than in the preceding two quarters and will keep its benchmark rate at minus 0.50%.