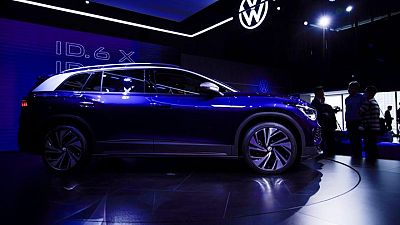 FRANKFURT – Volkswagen CEO Herbert Diess has cancelled a trip to meet investors in the United States and will take part in a Nov. 4 staff meeting instead, a spokesperson said on Wednesday, in a bid to defuse conflict with frustrated labour representatives.

Earlier, Volkswagen’s works council head took aim at Diess, accusing him of not taking an interest in workers’ concerns and rekindling a long-standing conflict between the two sides.

Two people familiar with the matter told Reuters that Diess made the commitment to be present at the staff meeting, the first in about two years, to the group’s supervisory board at a meeting on Wednesday.

Emotions at Europe’s largest carmaker are running high ever since Diess told a supervisory board meeting last month that the company could lose 30,000 jobs if it transitioned too slowly to electric vehicles.

The comments by Daniela Cavallo – who became Volkswagen’s works council head this year and replaced Bernd Osterloh, a fierce opponent of Diess – mark a fresh low point in a relationship that has for years been fraught with conflict.

They were made in response to news that Diess, who is aggressively pushing Volkswagen to catch up and overtake electric carmaker Tesla, would not take part in the meeting scheduled and instead meet with U.S. investors and politicians.

“Herbert Diess is preferring Wall Street investors over the company’s workforce – this behaviour is unprecedented in the history of our group and once again shows that even in times of crisis the group chief executive has no empathy or sense for the situation of the workforce,” Cavallo had said.

“He is simply not taking an interest in the concerns of the workforce.”

A VW spokesperson had earlier said Diess’ U.S. trip had been planned for some time and could not be rescheduled at short notice. Diess had invited staff at Volkswagen’s Wolfsburg plant to a Q&A session on Oct. 28, the day of third-quarter results, instead.

But this event will be cancelled now that Diess is taking part in the meeting next week.