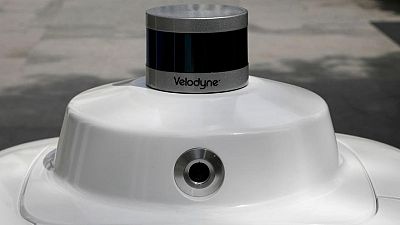 – Velodyne Lidar’s founder and biggest shareholder on Thursday warned that he plans to nominate two directors to the board next year amid frustration with the sensor supplier’s falling stock price, high executive pay, and the board’s failure to focus more on new research.

David Hall wrote to investors, in a letter seen by Reuters, that the board made “strategic missteps” and that he hopes to replace board chairman Michael Dee and director Christopher Thomas at the 2022 annual meeting.

“I will not allow Velodyne Lidar to continue to stagnate under current leadership,” Hall wrote, adding “I intend to nominate two highly-qualified director candidates.”

Hall who stepped off the board in February after the company stripped him of his executive chairmanship position, owns roughly 52% of the company along with his wife, Marta Hall, who serves on the company’s seven-member board.

Next year’s annual meeting date has not been set and investors will not be able to officially nominate director candidates until early February, 2022.

A representative for the company was not immediately available for comment.

Hall’s letter and plans mark the latest twist in a boardroom drama that began soon after the company went public with a special purpose acquisition company in 2020. The company’s chief executive officer Anand Gopalan left the company at the end of July and he has not been replaced.

Hall’s letter accuses the board of “embracing performance mediocracy, large salaries and other egregious compensation practices instead of developing an actionable plan to stem value destruction”

The company’s stock price has tumbled 59% in the last 52 weeks. The company is the leading supplier of lidar, an acronym for light detection and ranging, which uses laser beams to create a 3D representation of the surveyed environment and is critical for self-driving cars, for example.