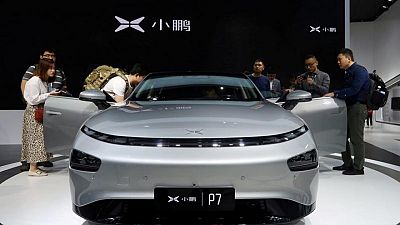 BEIJING – New energy vehicles (NEV) are expected to make up over 35% of new vehicle sales in China in 2025, He Xiaopeng, the chief executive of electric car maker Xpeng Inc said at the Reuters Events Automotive Summit.

The China Association of Automobile Manufacturers (CAAM) said earlier this month that NEV sales in China are likely to rise to 3 million units this year, up from 1.4 million last year.

“This year’s overall NEV sales slightly exceeded our expectations,” He said, adding he was surprised by the surging sales of hybrid vehicles and micro electric vehicles.

“Given the current sales performance, I’m actually more confident about the industry’s NEV penetration rate growth in 2025,” He said.

NEV sales made up 11.6% of China’s overall market in the first nine months this year, CAAM said.

Asked about the chip supply shortage that has impacted the global auto industry, He said chip supply will remain a challenge in the next 12 months, but things will “gradually get better.”