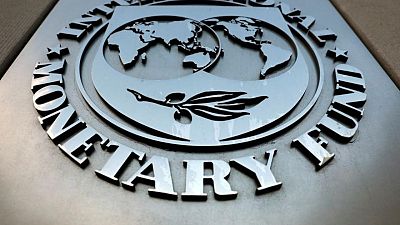 Relatively little new progress was made on increasing vaccine supplies to developing countries, although officials highlighted an increasing divergence between rich and poor countries as a growing financial and economic risk.

The focus on the normalization pains that wealthier economies are experiencing and a World Bank data-rigging scandal that had clouded the future of IMF Managing Director Kristalina Georgieva proved a disappointment for anti-poverty groups.

“Given how the pandemic is becoming worse in most of the world’s countries, I’m concerned by the lack of action at the meetings on vaccine distribution, debt relief and general pandemic response,” said Eric LeCompte, executive director of the Jubilee USA Network, a religious development group.

Communiques issued by G20 finance leaders and the IMF‘s steering committee pledged to increase vaccine supplies, but did not identify specific new goals or initiatives to expand financing or distribution. Instead, they gave greater prominence to growing inflation pressures, calling on central banks to monitor closely whether they are transitory or could unanchor inflation expectations.

“The donations are not enough. It’s very disappointing that it’s taking so long for the world to really commit” to reaching vaccination goals, he said.

The IMF said a “great vaccine divide” was keeping developing countries mired in low growth as they struggle with high coronavirus infection rates. This, along with supply chain bottlenecks, semiconductor shortages and rising price pressures in advanced economies, prompted the IMF to trim its global growth forecast for 2021.

Some policymakers were more focused on managing the next phases of economic recovery after unprecedented fiscal support, and other multilateral issues, such as implementing a deal to revamp global corporate taxation.

“My feeling about all the meetings we had in Washington, and during these IMF meetings, is that we are beyond COVID,” French Finance Minister Bruno Le Maire told reporters.

“Even if we have to monitor the situation, even if there remains some decisions to be taken on vaccination, especially for the poorest countries, now we are beyond COVID,” Le Maire said.

He added, however that France was advocating for increased financial support for developing economies, including diverting at least $100 billion in new IMF monetary reserves to poor countries after a $650 billion distribution in August.

But advocacy groups were disappointed with a lack of progress on debt relief for the poorest countries, especially since payments on official bilateral debts will resume for 46 countries in January when the G20 Debt Service Suspension Initiative expires.

Jean Saldanha, director of debt and development watchdog group Eurodad, said the G20 and IMF steering committees’ statements on debt were “shameful” for not going beyond encouraging wider participation in the G20 Common Framework on Debt restructuring.

“Maintaining an almost blind faith that the Common Framework will be enough to tackle debt distress in an increasing number of countries in the global South is irresponsible to say the least,” Saldanha said.