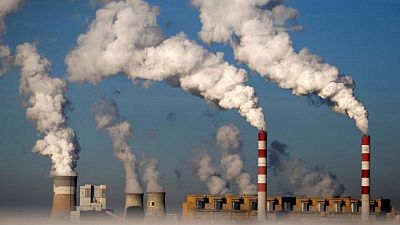 (Refiles to correct formatting in para 2)

The European Union’s Emissions Trading System (ETS), which forces manufacturers, power companies and airlines to pay for each tonne of carbon dioxide they emit, is central to EU efforts to cut net greenhouse gas emissions by 55% from 1990 levels by 2030.

Benchmark European gas prices have soared around 140% over the past three months since the last Reuters survey amid a global energy crunch, making it more economical for some generators to burn coal, which produces around double the amount of carbon dioxide emissions compared with gas plants.

“Looking at the gas-to-coal switching forward curve, the EUA market is now pricing a use of coal during this Winter followed by a return to gas in Spring/Summer 2022,” said Goda Aglinskaite, carbon market analyst at ClearBlue.

The analysts said carbon prices could dip if gas prices drop and coal use weakens but in the longer term reforms to the carbon market, designed to reduce supply the supply of permits and help the bloc meet its 55% emission reduction target, will provide support.

Benchmark EU carbon prices have doubled this year to around 60 euros a tonne on the back of the EU proposals and stronger demand.

“The political negotiations about the reform proposals in the Fit for 55 package will prevent the carbon price from falling back significantly,” said Vertis analyst Bernadett Papp.

The proposals will only become law after up to two years of negotiations involving the European Parliament and EU member states.

(This story refiles to correct formatting in para 2)