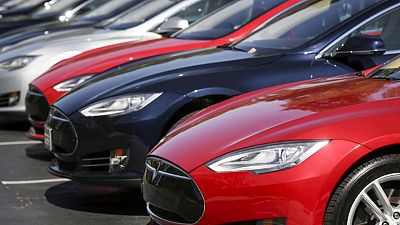 Tesla’s expansion in Palo Alto came even after CEO Elon Musk announced last week that the company was moving its headquarters from Palo Alto, California to Austin, Texas.

The person said Tesla does not have enough space for its current offices, which led the company to secure an additional site.

Musk has said Tesla will keep expanding activities in California, including boosting output for its car factory in Fremont and its battery plant in Nevada by 50%.

Musk, who had said the Texas move was due to lack of space at the Fremont factory and expensive housing prices in California, did not elaborate on how many people would move to Texas.

Tesla has 12,000 employees in the San Francisco Bay area, including 750 in Palo Alto, according to estimates by Silicon Valley Institute for Regional Studies.

Neither Tesla nor HP were immediately available for comment. HP Inc, a pioneer of Silicon Valley, is headquartered in Palo Alto, but its spinoff Hewlett Packard Enterprise has moved its headquarters to Texas.