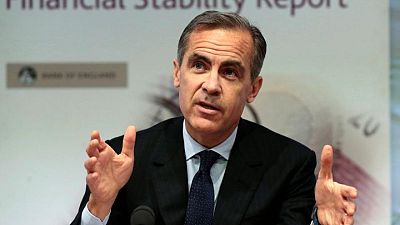 LONDON – The world’s multilateral development banks need to “up their ambition” in terms of the financing provided for climate-related projects, United Nations climate envoy Mark Carney said on Tuesday.

Speaking in a podcast with Reuters BreakingViews editor Rob Cox, Carney said groups such as the World Bank and other development finance institutions should focus on backing investments that can be scaled up to $100 billion a year.

“In climate finance, if something’s not going to scale to 100 billion a year in the medium term, it’s not interesting, it’s niche; that’s how big the numbers are,” Carney said.

“So I think the MDBs need to be thinking in those terms, designing programs that are scalable, that can reach those levels.”

Looking ahead to the next round of global climate talks in Glasgow in November, Carney said the Glasgow Financial Alliance for Net Zero (GFANZ), a group of financial institutions working to reduce emissions, would unveil a plan to help.

“(We) will be making some explicit proposals for that and hopefully we’ll get traction with it.”

On Monday, GFANZ issued a separate call to action for governments to enact a suite of policy changes the group said would help accelerate the world’s transition to a low-carbon economy.

The comments follow criticism from some quarters that development finance institutions have not done enough to help encourage more private sector capital to be deployed in the fight against climate change, particularly in poorer countries.

Earlier this year, BlackRock Chief Executive Larry Fink called for the World Bank and International Monetary Fund to be reformed so they would provide more first-loss capital to help bring down the cost of financing for private investors.

In a recent interview for the Reuters Impact conference, however, International Finance Corporation Managing Director Makhtar Diop said MDBs were “pushing as hard as they can” and were fit for purpose.