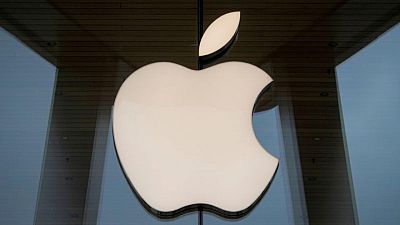 BRUSSELS -Apple will be hit with an EU antitrust charge over its NFC chip technology, people familiar with the matter said, a move that puts it at risk of a possible hefty fine and could force it to open its mobile payment system to rivals.

The iPhone maker has been in European Union antitrust chief Margrethe Vestager’s crosshairs since June last year when she launched an investigation into Apple Pay.

Preliminary concerns were Apple’s NFC chip which enables tap-and-go payments on iPhones, its terms and conditions on how mobile payment service Apple Pay should be used in merchants’ apps and websites, and the company’s refusal to allow rivals access to the payment system.

The European Commission has since narrowed its focus to just the NFC chip, which can only be accessed by Apple Pay, one of the sources said.

The EU competition enforcer is now preparing a charge sheet known as a statement of objections, which could be sent to Apple next year, one of the sources said. Such documents typically set out practices considered anti-competitive by the regulator.

The Commission, which has three other cases against Apple, declined to comment. It can fine companies up to 10% of their global turnover for violating EU rules, which based on Apple’s 2020 revenue could come to $27.4 billion.

NFC-enabled payments have grown in popularity due in part to the COVID-19 pandemic. Apple Pay’s wide reach and superior consumer experience on a mobile website or in-store give it a competitive edge over rivals, according to some analysts.

Apple Pay is also on the radar of other regulators and authorities. South Korea approved a bill last month that bans major app store operators, including Apple, from forcing software developers to use their payment systems.

Germany in 2019 passed a law requiring Apple to open its mobile payments system to rivals for a reasonable fee.

In the same year the Dutch competition watchdog kicked off an investigation into the App Store and the requirement that app developers use its payment systems for in-app purchases and pay a 30% fee in the first year.