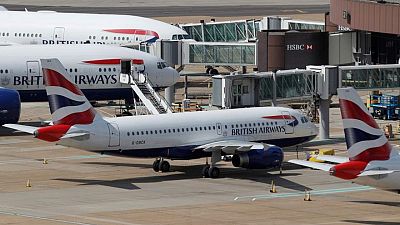 LONDON – British Airways said it would push ahead with plans for a short-haul service at London’s no.2 airport Gatwick after pilots backed the move for a new low-cost unit that could better compete with rivals like easyJet.

The decision marks a change of direction after the airline, owned by IAG, said two weeks ago it would scrap its plans for a new service, blaming pilots for rejecting the proposal. Shares in easyJet were down 2.5%.

However BA will still have to consult with other unions and stakeholders before deciding whether to definitely go ahead.

“We will now further develop our proposal to provide a full-service short-haul subsidiary operation at Gatwick, offering competitive fares to our customers,” it said in a statement.

“We will continue discussions with our colleagues, trade unions, suppliers and other stakeholders, following this positive result, and if we can agree a way forward with all parties, we would hope to begin operations next summer.“​

BA is rebuilding its operations after it retrenched during the pandemic, shifting most of its flying to its main hub at Britain’s biggest airport Heathrow.

It had said it would only rebuild its European network from Gatwick, where easyJet is the biggest airline, if it could make it profitable.

The British Airline Pilots’ Association (BALPA) said it had now concluded an agreement with BA over pay and working conditions.

“We understand BA is continuing its discussions with other stakeholders with a view to relaunching operations next summer. We expect BA to reach a final decision shortly.”